Niche and Supersonic are excited to announce that dream pop collective RHYE have added two exclusive headline shows in Brisbane and Sydney to their Australian Tour in February and March 2019.

Since the release of Woman, RHYE has relentlessly toured to establish a devoted global fanbase and enrapture crowds in theatres and at festivals worldwide including riveting sets at Coachella and Pitchfork Paris amongst many others.

Originally a duo conceived in the studio, RHYE has transformed into a collective led by vocalist and producer Milosh and elevated by a cast of accomplished multi-instrumentalists.  As the band began writing new material, the expansive live show indelibly impacted the music for their second full-length album Blood, released February 2nd, 2018, resulting in a warmer, more organic sound. It’s a new beginning and a new musical experience. It’s RHYE.

“RHYE boasts a sound that lingers long in the memory” Mojo 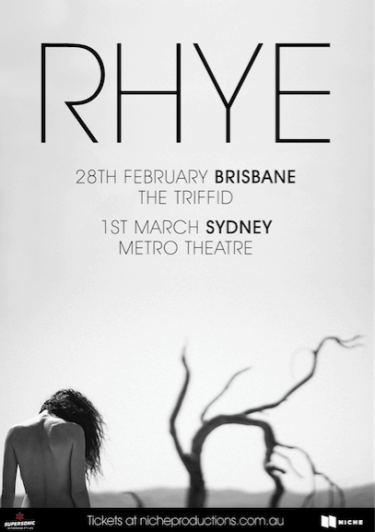