Joining the ranks of Sydney’s brightest new exports, Royel Otis (aka Otis Pavlovic and Royel Maddell) announce their debut EP, Campus, coming September 30 via OURNESS and House Anxiety (label home to Genesis Owusu, King Kruel & more). Accompanying the announcement, the duo also share their latest single and video, “Only One”, which will feature on the forthcoming EP, alongside their debut single, “Without You”.

Arriving as the next step towards the pair’s newly announced Campus EP, Royel Otis will debut “Only One” on stage in Sydney and Melbourne this August and September. Playing The Gaso in Melbourne on August 26 and Sydney’s Oxford Art Factory Gallery on September 9, this will be audiences first chance to experience “Only One” in the live domain and also catch a glimpse of what’s to come on Campus. Keeping in the company of Australia’s greatest, Royel Otis will also be supporting The Rubens on select dates during their 0202 Album Tour.

The Sydney-based act shared their shimmering debut single, “Without You” to critical applause last November. Its success reflected a perfect synergy of creative energy between Pavlovic and Maddell. The pair met when Maddell, returning from a four-year stint in New York, met Otis, fresh out of high school in a Sydney bar. After a hazy night out, Otis mustered the courage to show Royel some of the demos he had been working on in isolation and there was an instantaneous creative click. Royel took them home and started fusing Otis’ DIY productions with wonky samples he collated during his time away in the Big Apple. The two started meeting weekly and churning out tunes in Roy’s Bondi sunroom, laying guitars over beats and going on long drives along the east coast to write melodies over the tracks. “We want to create a sound that holds the same raw, honest, evocative feeling that inspired us to pick up our instruments in the first place,” says Royel of the band’s budding sound. Studio days have since evolved to shaping their debut live show, performing across iconic hometown venues including The Lansdowne, The Vic On The Park, Bondi’s The Royal, and the recent South Eveleigh Solstice Festival.

As they now find a home for themselves with OURNESS & House Anxiety, don’t miss the magic and wonder hidden in the sounds of Sydney’s most promising indie-dream duo, Royel Otis. 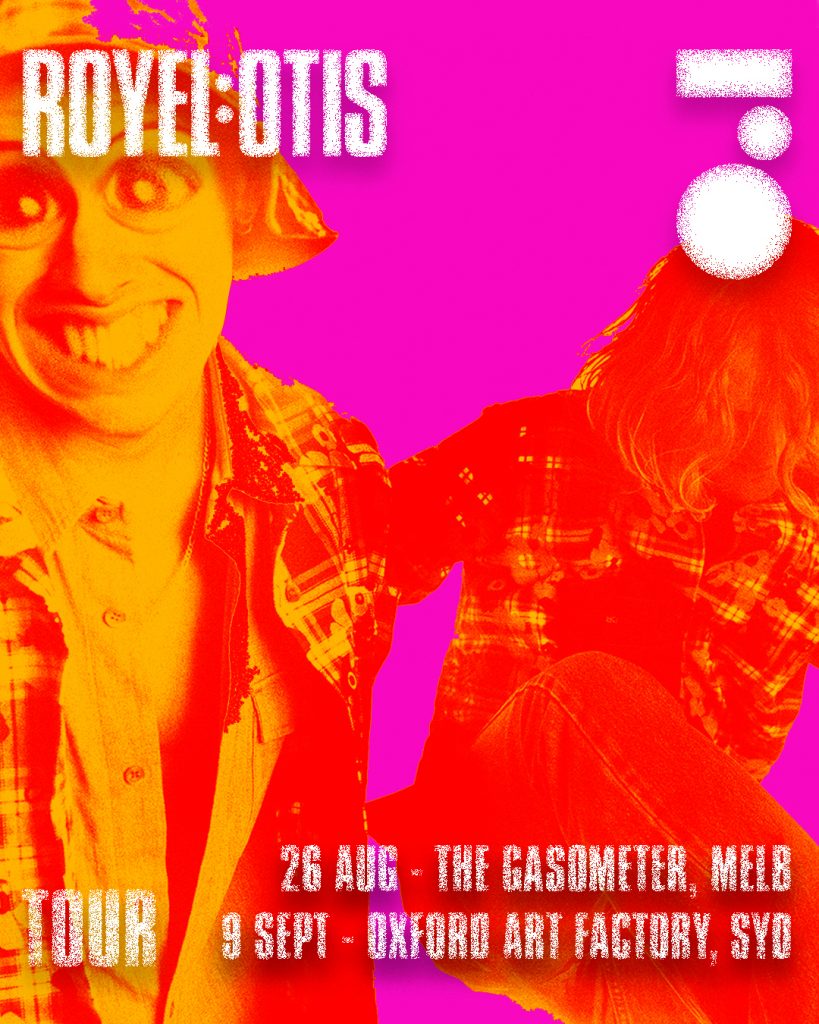