Rum Jungle ‘Everything is Easy’ Tour

To celebrate the release of their third EP ‘Everything Is Easy’ in May, Rum Jungle are back with a tour of the East Coast. Featuring a kicked back concoction of afternoon beers and sunset jams, the lads will return to the stage in NSW and QLD, as well as hit up VIC for the first time.

By combining a mix of psych, reggae and surf rock, the Newy heavyweights have emerged as a serious player in one of the country’s most lively music scenes. The ‘Everything Is Easy’ EP perfectly demonstrates the unique mix of sonics Rum Jungle is capable of, as well as taking their sound further than ever before.

After receiving Triple J praise and play on multiple singles in 2021, as well as streams in the millions, the band is reaching further than before with a mix of maturity and frivolity that stays true to the sound of Rum Jungle.

The band sold out their last East Coast tour in late 2021 and have recently shared the stage with Teen Jesus and the Jean Teasers and Citizen Kay in the Nation’s Capital at Front Yard Fest followed by a stint out West at Mini Vanfest sharing the stage with the likes of Holy Holy, Julia Stone and Jarryd James. The boys have just been announced on Groovin’ The Moo in Maitland where they will be sharing the stage with acts such as Peking Duk, Hilltop Hoods, Snakehips, Lime Cordiale & many more.

Tickets for the ‘Everything is Easy’ Tour are on sale now and are sure to sell out quickly so head to https://www.rumjungleband.com/ to get yours to see the lords in action. 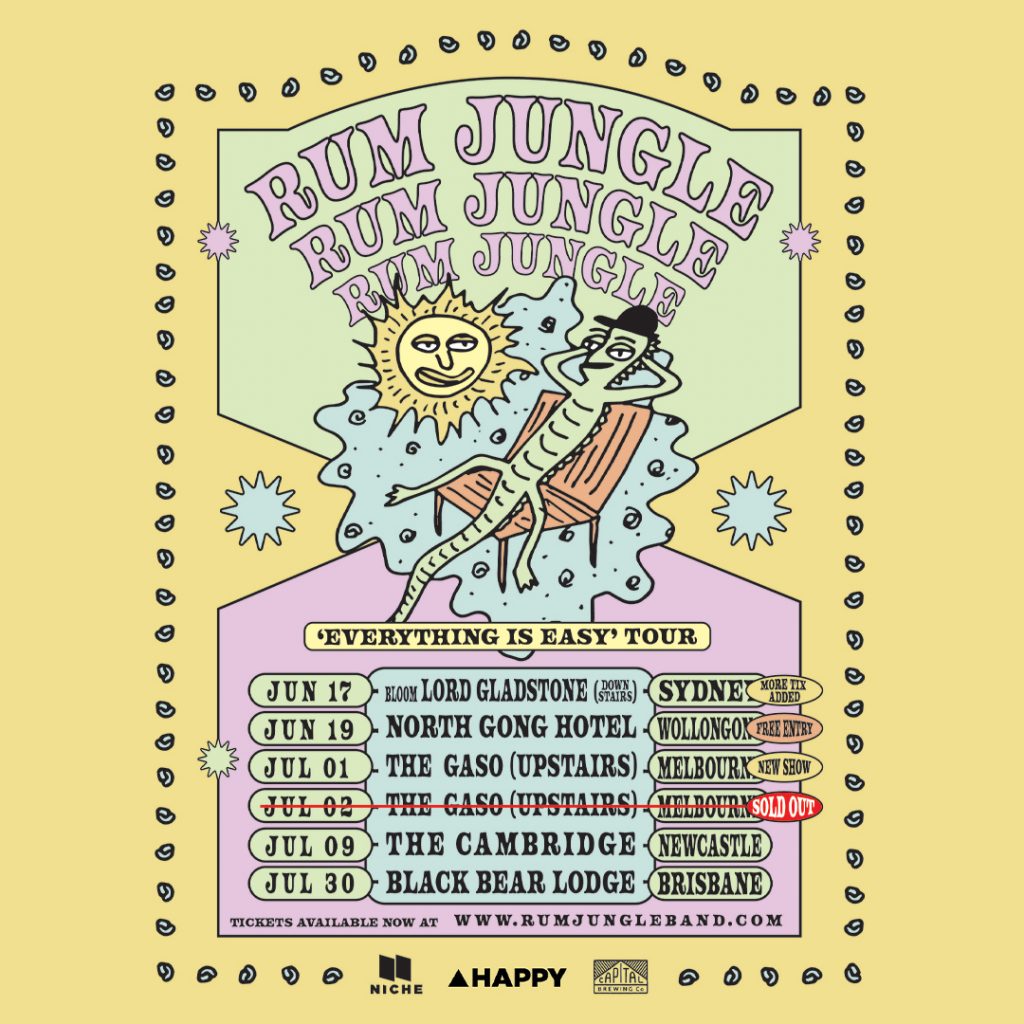