Niche are very excited to announce Newcastle natives, Rum Jungle will be hitting the road this year! Celebrating the release of their brand new single ‘Move Over Here,’ the band will be taking to the stage in cities across NSW and QLD.

By combining a mix of psych, reggae and surf rock, the Newy heavyweights have emerged as a serious player in one of the country’s most lively music scenes. ‘Move Over Here’ perfectly demonstrates this unique mix of genres, as well as taking their sound further than ever before. After receiving Triple J praise and play on multiple singles, as well as streams in the hundreds of thousands, the band is back to their reggae roots with a more mature and exciting style that stays true to the sound of Rum Jungle.

After dropping two EP’s, Crazy Days’ and ‘Sun & Smoke’ and sharing the stage with the likes of Lime Cordiale, Peking Duk, and Hilltop Hoods, the four-piece have developed a devoted fanbase. Selling out their last hometown show in early 2021 and before the global pandemic, joined the line-up of THIS THAT Festival and Rolling Sets Festival.

With shows becoming possible again, you can catch Rum Jungle across the East Coast throughout November and December, performing ‘Move Over Here’ as well as all of their fan favourites! 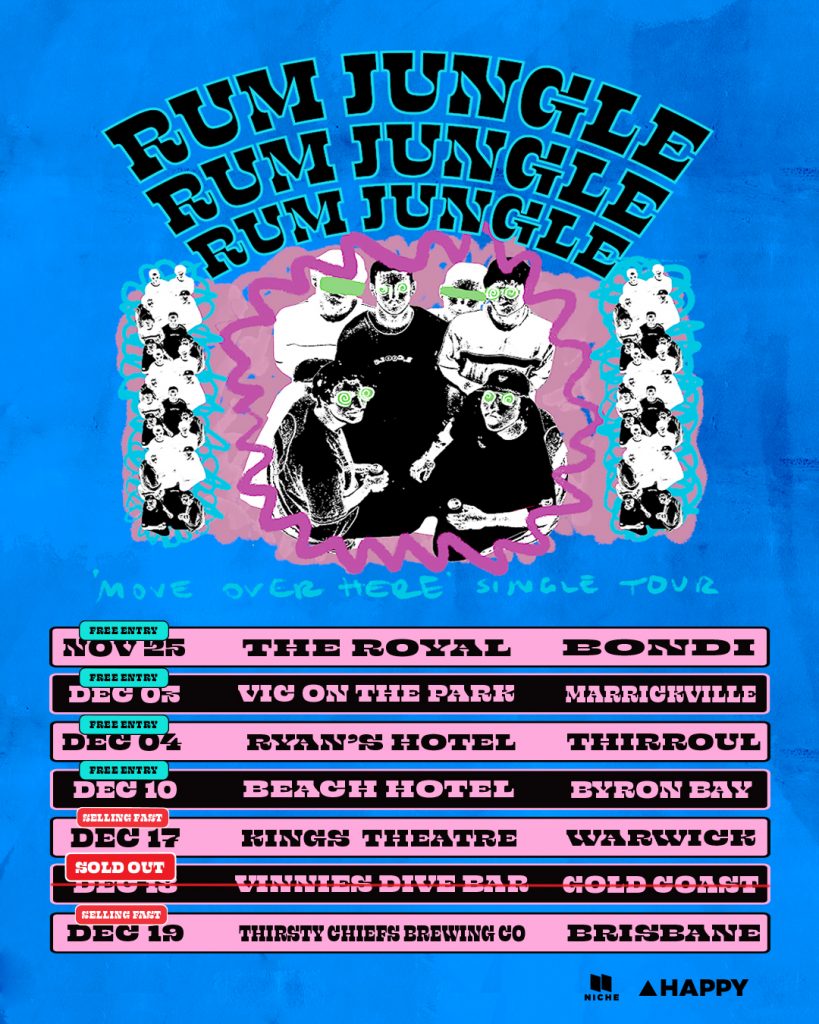