Sahara Beck is set to hit the road in November on a whirlwind run of shows across South East Qld to celebrate her intoxicating single ‘Crave Me’. Hitting Bar Wunder in Toowoomba and Dust Temple on the Gold Coast before playing her biggest Brisbane show to date at QLD’s oldest standing theatre and Brisbane’s new home for Live Music and Entertainment   The Princess Theatre, Woolloongabba as part of Open Season.

Since ‘Crave Me’ was released, Sahara has been featured on blogs and radio stations across the globe including Flux FM in Germany, Radio Doble Neuve in Peru, Indie XFM in Los Angeles and Radio Alternative Rock in Brazil. Most recently Sahara was featured on ASIA POP 40 as the #AlternativeChoice. Asia Pop 40’s audience is in the millions and broadcasts to 100+ radio stations across SE Asia, Asia, Middle East, Australasia and North America.

‘Crave Me’ which was Produced by ARIA Award nominee Tony Buchen (her Queen of Hearts collaborator) features Sahara’s soulful powerful voice soaring for the skies. It starts like a lullaby, gliding over dreamy, delicate strings, before igniting into a rousing, defiant declaration of love where she lays everything on the line.

“We created a lullaby of desperation. This song means different things to me. On one hand I’m singing it about everyone I’ve ever given my everything to… On the other hand I sing it to the music industry, my biggest desire. The only thing I’ve ever been sure of is that I love music. I love how it makes me feel and I love that what I create can make others feel something, whether it be sadness, hope or love” says Sahara. 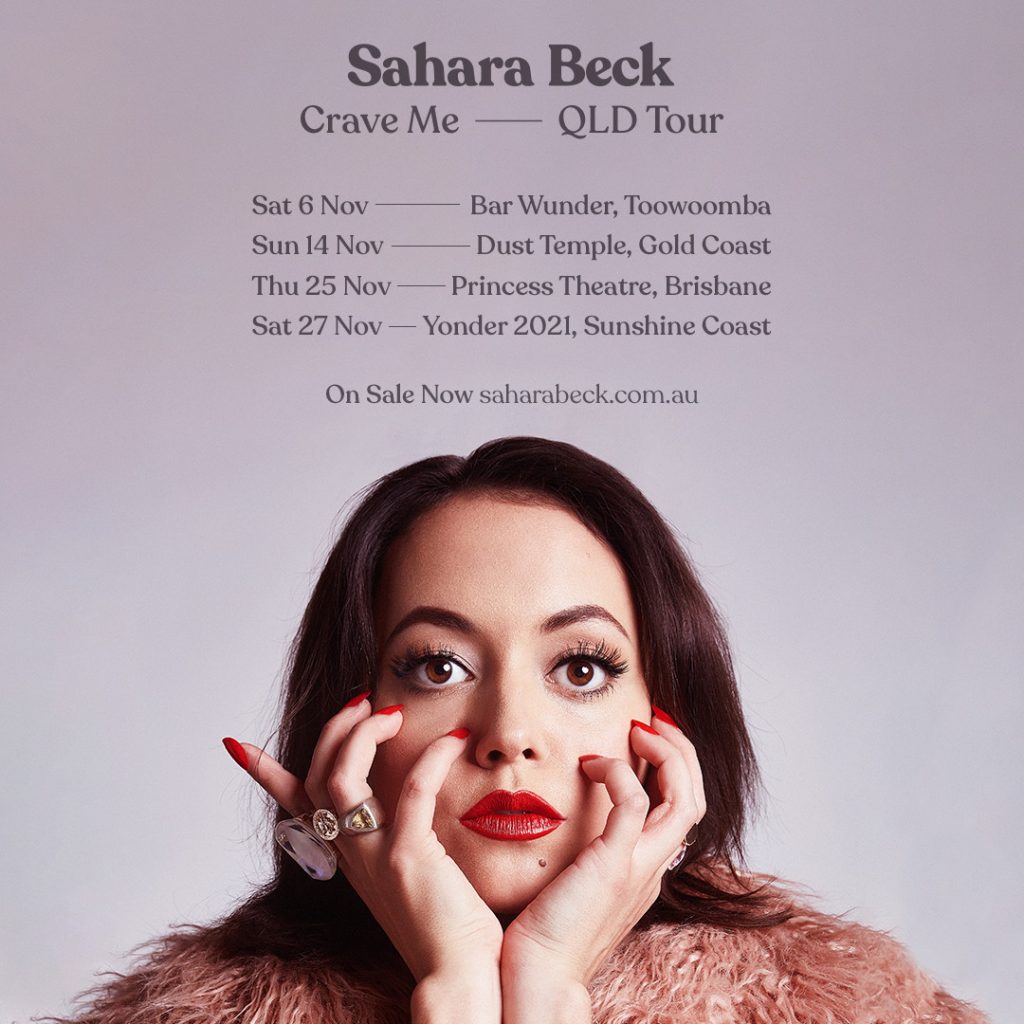