To celebrate the EP’s release, Beck is also set to take off on a national tour to support the record, beginning Monday, October 7 at the Caloundra Music Festival in her home state of Queensland. Tickets go on sale …

Alongside ‘Don’t Overthink It’, Queen Of Hearts sports the previous hits ‘I Haven’t Done A Thing Today’ and ‘Here We Go Again’, which have already scored big love from triple j and community radio nationwide, as well as coveted spots on Spotify and Apple’s new music playlists. The record is rounded out by two new tracks – the aptly grandiose, new age pop of the title song, and the bright ballad record-closer, ‘21st Century.’

All this music was brought to life by Beck’s work with Tony Buchen and honed at his Kingsized Soundlabs studio. The pair first collaborated in 2017 and the connection was so strong, Sahara couldn’t wait to get back.

“I spent two years throwing my heart and soul into these songs and my instinct was that Tony could help me take these songs to a place I’d only been dreaming of,” she says about her studio buddy. “I like how much he pushed me every day – more than anyone had before – and he got me to sing in ways I didn’t know I could.”

It’s an inspiring evolution for a girl who wrote her first song at 12 and an exciting new page in a CV that already includes one album to date, two EPs, winning a QLD Music Award (the Carol Lloyd Award for emerging Queensland female singer-songwriters) and taking home third prize in the coveted Vanda & Young International Songwriting Competition, festival appearances at Bluesfest, Bigsound and The Falls Music & Arts Festival, plus support slots with Bishop Briggs, Kim Churchill and Paul Kelly.

An impressive list already and one that’s bound to grow exponentially off the back of the release of this latest record, as Sahara Beck continues to cement herself as one of the most unique talents in Australian music and a Queen of hearts in her own right. 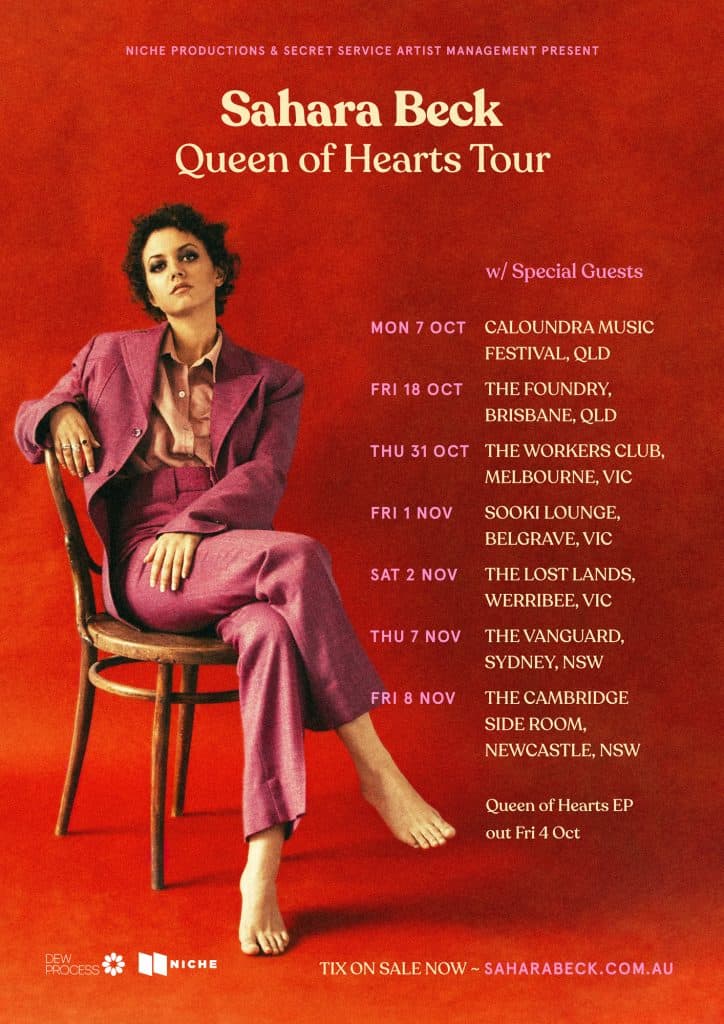