Brooklyn-native SAINt JHN has announced his debut tour of Australia and New Zealand for March 2020. The Beyonce-approved rapper will bring his Ghetto Lenny’s Ignorant Forever tour to Sydney’s Max Watts on March 4 followed by dates at 170 Russell in Melbourne and Auckland’s Powerstation.

Fresh off the release of his second album “Ghetto Lenny’s Love Songs”, SAINt JHN is currently riding high on a wave of acclaim, with guests on the album including Lil Baby, A Boogie Wit Da Hoodie and Lenny Kravitz. From his beginnings as a writer for notable artists such as Usher and Hoodie Allen, the melodic trap rapper was recently selected by Beyonce to contribute to this year’s “Lion King: The Gift” soundtrack, co-writing and performing alongside Bey’s daughter Blue Ivy on the track ‘Brown Skin Girl’, also featuring Wiz Kid.

Recently performing a show-stopping set at Rolling Loud, as well as being spotted wearing a turquoise tuxedo and diamond brooch for a bow tie at Rihanna’s Diamond Ball, SAINt JHN is the breakout artist you absolutely must-see. 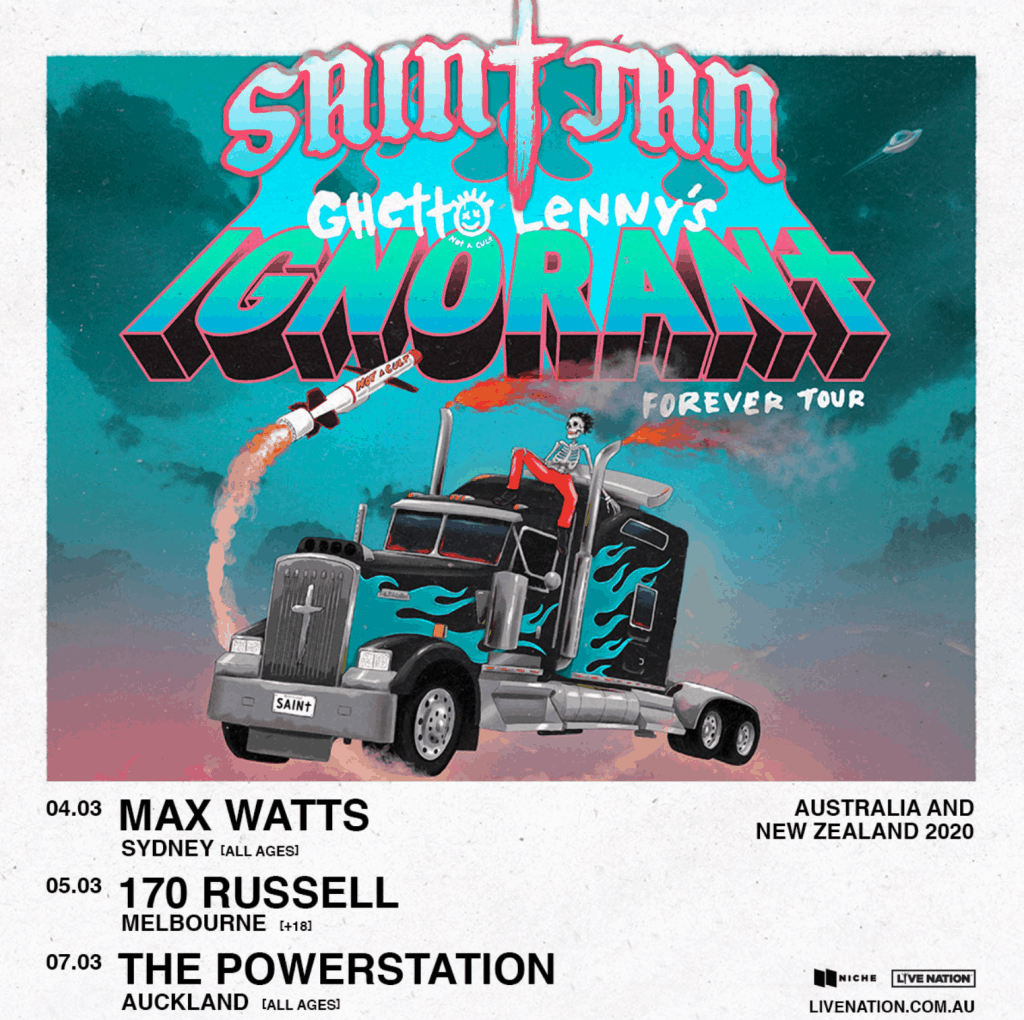