SAINT LANE ‘GOOD THANKS… AND YOU?’ TOUR

Saint Lane will be touring the East-Coast of Australia. The Rapper will play shows in Brisbane, Gold Coast, Sydney and Melbourne.

The self-made musician has also featured at Ultra Korea alongside Skrillex and Rick Ross. Previous singles have been widely embraced by the likes of triple j, triple j Unearthed, The Edge, Apple Music 1 Radio, NPO 3FM (NDL), FBi Radio, 4ZZZ, 3RRR, Spotify and Apple Music. He has also received online praise from The Needle Drop, NME, Billboard (USA), Pilerats, The Guardian, Sniffers(NZ), GQ, Red Bull, Pedestrian TV and MTV Upload, where he was featured as ‘Upload of the Week’, and ‘Best of 2020’.

Saint Lane has established himself as a dynamic potency in the Australian music industry. Since his inception, Lane has collaborated with Andrew Dawson (Kanye West’s producer) and Mike Malichicoff (Kids See Ghosts’ producer), and locally featured on tracks with Bootleg Rascal, Robbie Miller, and Travy P.

“Lane admits he’s an eclectic character, and it shines through in his music.”Billboard (USA)“

SAINT LANE ‘GOOD THANKS… AND YOU’ TOUR 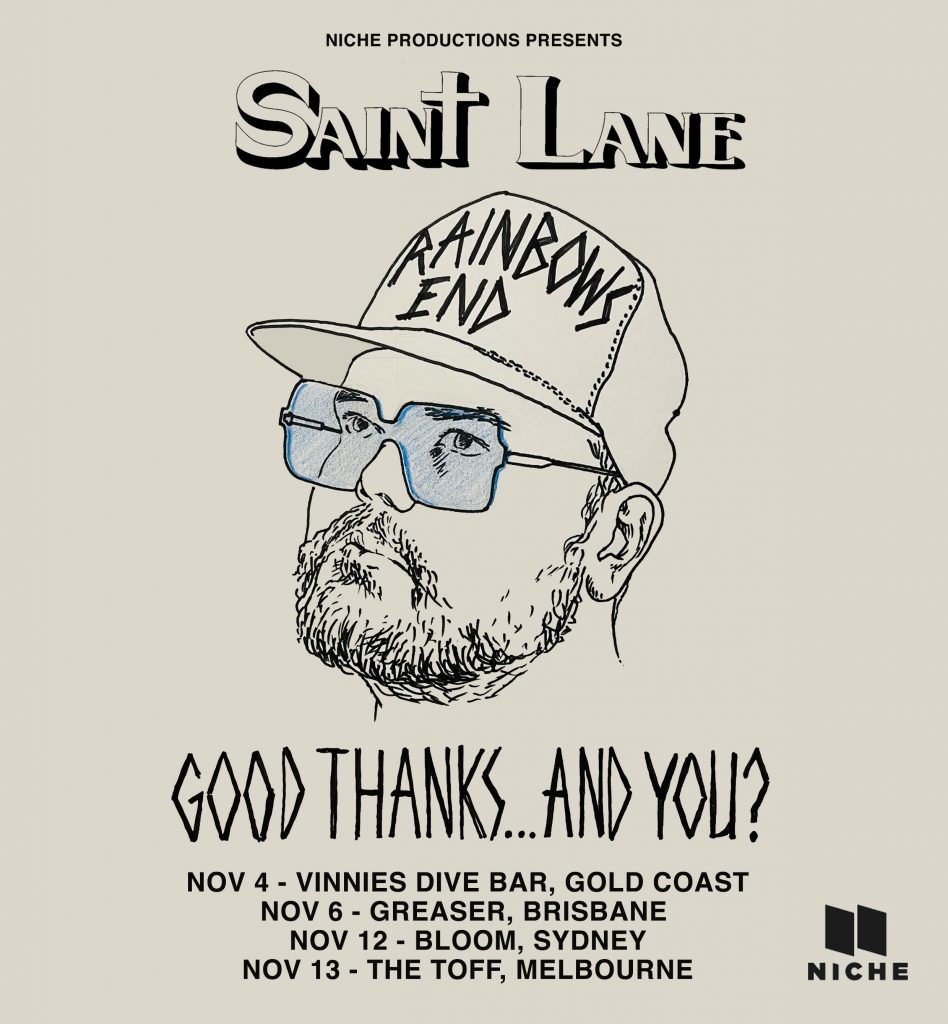