Coming to a city near you – Saint Lane will be on the road this January / February.

First, joining Bootleg Rascal in Gold coast, Byron Bay, Sunshine Coast and then headlining his own shows in Newcastle and Sydney. Then off to Melbourne to join Lil Spacely for a co-headline show followed by a Brisbane show supporting Kota The Friend. 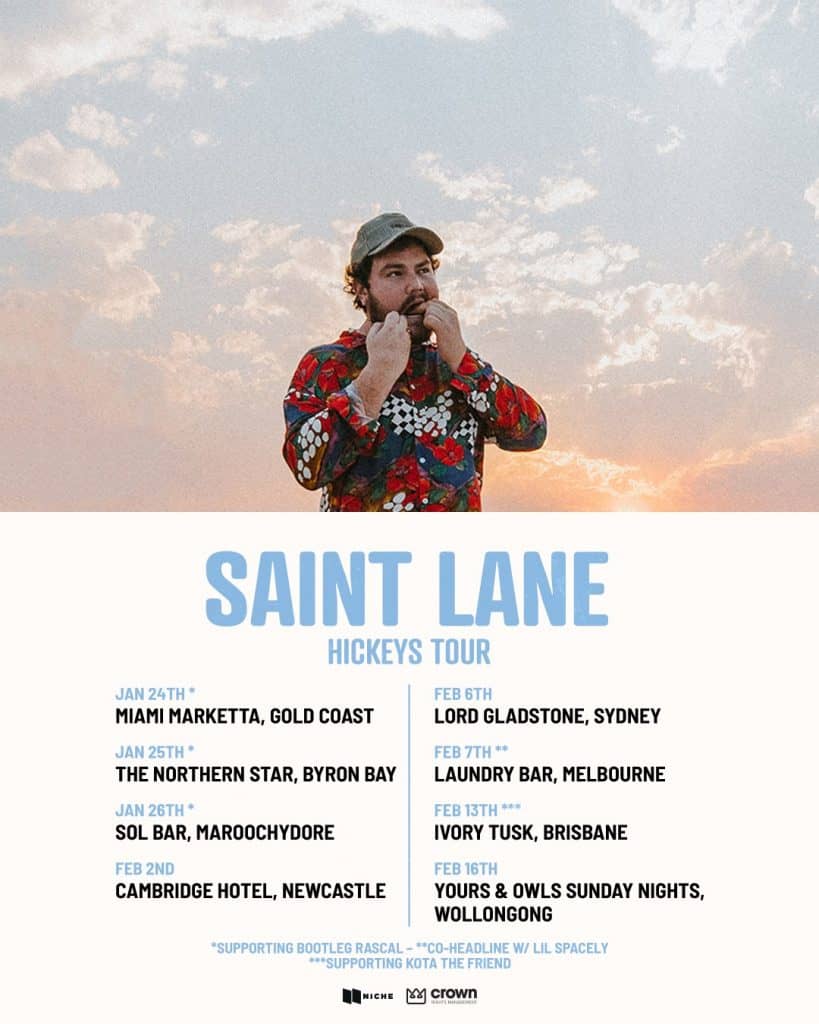