Offering ever-growing diversity and range, Saint Lane (Lane Muir) surges forward with spontaneity, a chill flow, and a promising potential fuelled by his ambitious drive. Emerging from the sun-soaked Gold Coast, Lane Muir has had his fair share of domestic and international support, playing shows with J.I.D., Lime Cordiale, Earl Sweatshirt, and more.

His character outlined by a friendly smile and a laid-back persona, Saint Lane is a man of many talents, covering all areas from musician, radio host, disability worker and entrepreneur. Wanting to “create a really inviting and open space into [his] music,” he flaunts over two million streams on Spotify and has earned praise from the likes of Billboard, GQ, and NME. But it’s his punchy bars and witty anecdotes that are all encompassed into each song that have earned him his growing fanbase. His debut release “Compliment My Shirt,” parades a light-hearted, lyrically sonic track, drawing listeners to admire his hustle and growth.

With a pending EP to be released soon, signaled by newest single “bootleg jordans,” this is shaping up to be Lane’s year. 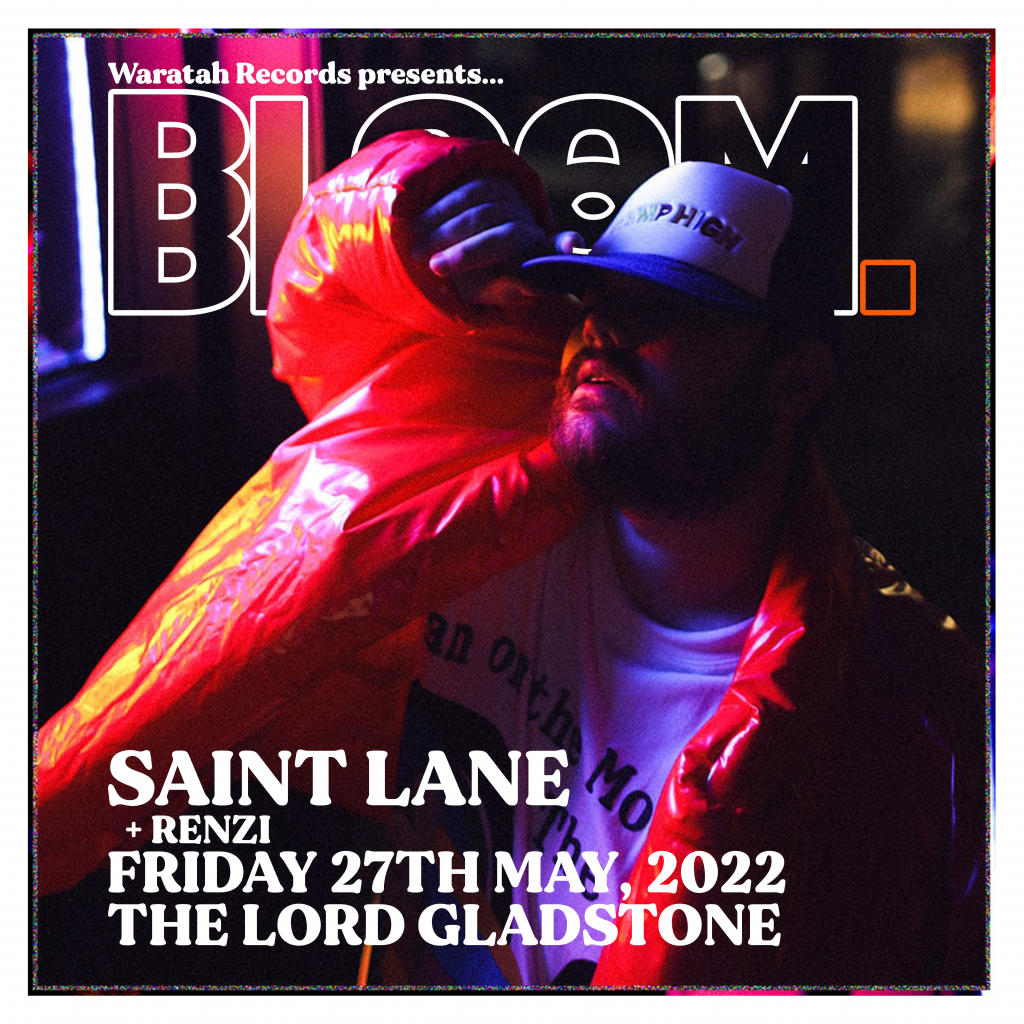