After taking home three titles at the 2020 ARIA Awards for her 2019 debut album, The Return, revered poet and hip-hop artist, Sampa The Great today reveals An Afro Future, promising live shows across Sydney, Melbourne and WOMADelaide Festival in March, 2021.

Unfortunately due to the recent outbreak of COVID cases in NSW we have postponed the Sydney on sale tickets until Boxing Day.

Ahead of new music arriving, Zambian-born and Botswana-raised, Sampa the Great will perform from Sydney’s Summer in The Domain series on Friday, February 19, before travelling to Adelaide’s Kin Rodney Park as part of WOMADelaide 2021 for a headline performance on Sunday, March 8. The following week, Sampa will venture east on Saturday, March 13 for a finale performance from Melbourne’s iconic Sidney Myer Music Bowl. Performing highlighted works from The Return, Sampa will be joined by a full band to bring a live show to Australian audiences that will mirror her stand out live streams from the year. Today it is revealed, Sampa will invite spectacular acts to share the stage, including powerhouse R&B artist Kaiit in Sydney, alongside hip-hop virtuoso Genesis Owusu, Sampa’s younger sister and rising neo-soul star, Mwanjé in Sydney and Melbourne. Additional tastemakers in sound, C-Frim will play in Melbourne, as well as radio host and DJ Ebony Boadu and local rapper Barkaa in Sydney.

Do not miss impending history in 2021, when Sampa performs her highly acclaimed album, The Return live across Sydney, Adelaide & Melbourne in what is destined to be three exceedingly special occasions under the stars. 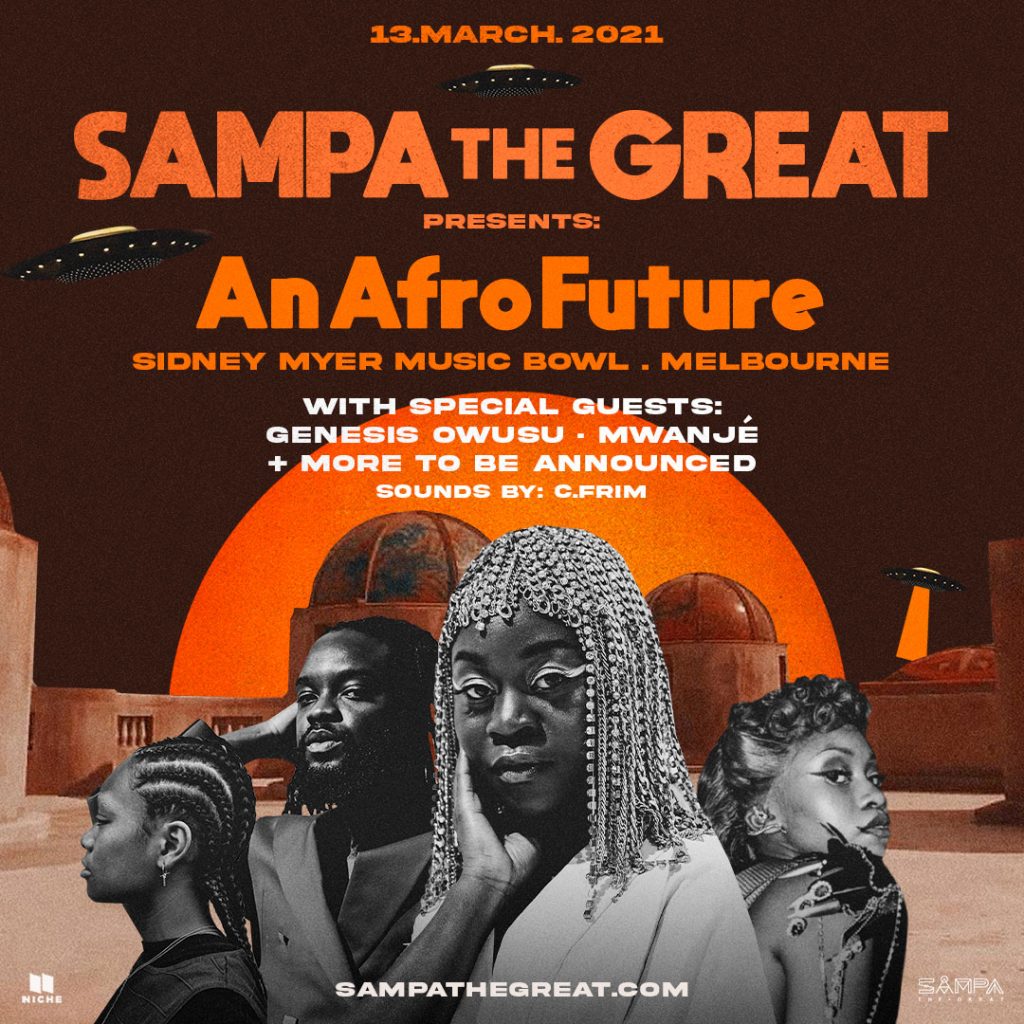 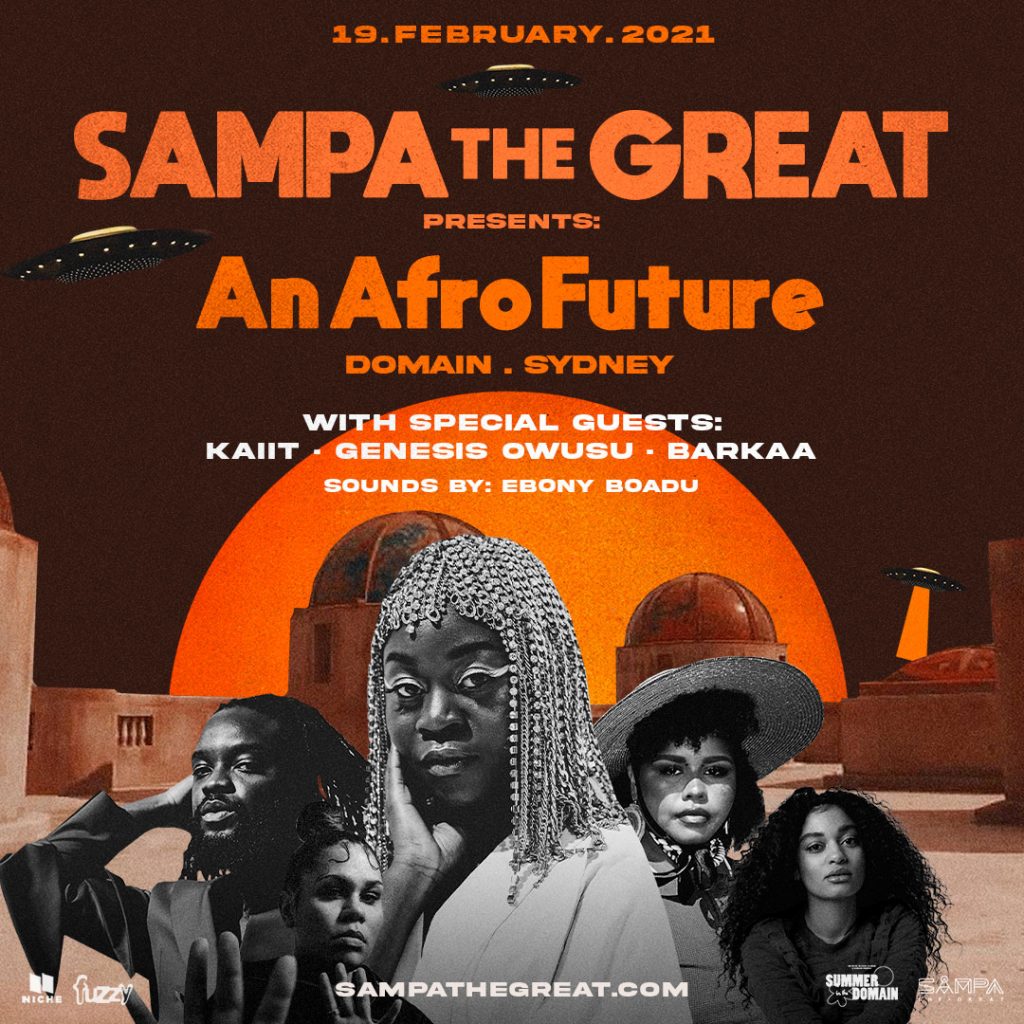