Sampa The Great “The Return” Australia and New Zealand Tour

A characterful record, its reference points range from classic hip-hop to ancient Southern African sounds. Built on four years of personal and musical soul-searching, it’s an assured statement, the product of meaningful musical connections and of Sampa having to redefine her self-identity away from the comforts of family and old friends.

This, for Sampa, is what she’s been trying to do for the past six years:

to find new ways of feeling at home and rediscover an emboldened idea of herself.

“Home is described in a lot of ways and means a lot of different things to different people,” she says. “I had to redefine in my mind and in my spirit what home means.” The album is both a re-telling of that journey, and the realisation of her aim; the album walks us through that return to home, while the accomplished sound and lyricism underscores the steps she’s made as a person and artist.

“The Return” is a reference to a physical journey, as well as a spiritual one;  Sampa returned to Zambia and Botswana, where she was born and raised, respectively.

There, she recorded the videos for both ‘Final Form’ – the triumphant single which sees her embrace the struggle of growing as an artist, and ‘OMG’. She is also set to release a short film titled ‘Homecoming’ about her experiences returning home to play her first shows on African soil.

Across every aspect of “The Return”, from the music and the lyrics, to the visuals and the artwork, Sampa The Great returns to the foundations propping up her sense of self and in doing so makes a bold statement about who she is as an artist. 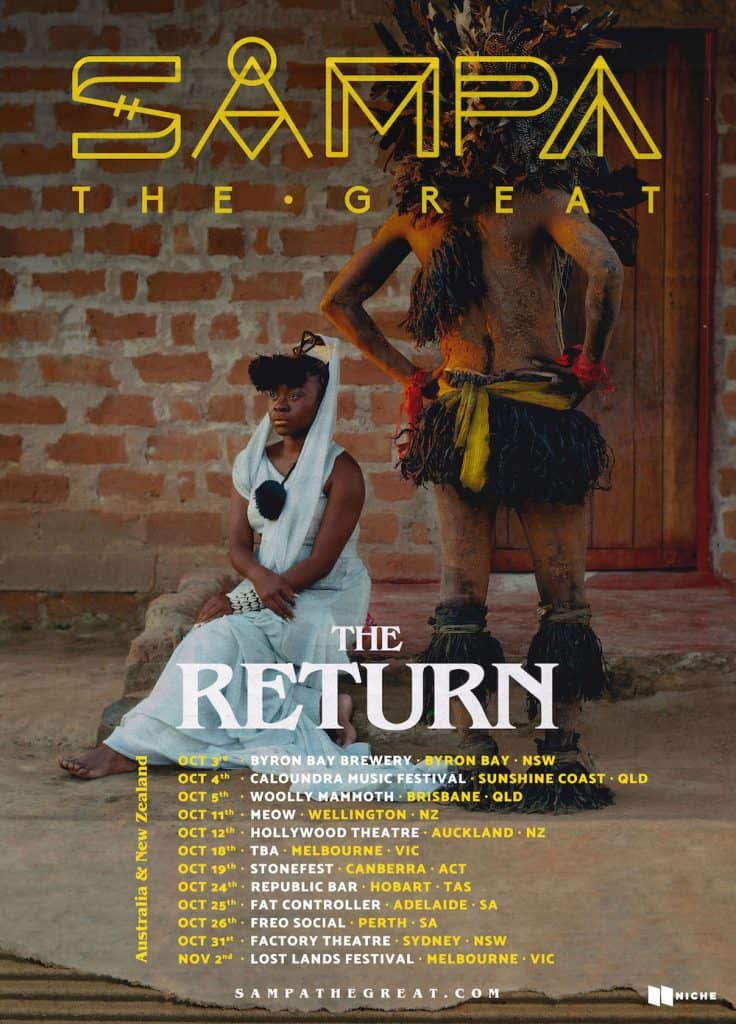 Sampa will also be appearing in the following festivals