The slow jam, baby-making, soulfully sultry groove was the crowd favourite at a recent month long Middle Name Dance Band residency at Bearded Lady, Brisbane in June/ July. ‘Weekend Love Chant’ was of one of many new tracks tested to midweek dance floors and fleshed out before the final recording was captured. The recording includes trumpet from Tristan Rogers and conga from Jason ‘Paprika’ Bell.

The collaboration between Sampology, Megan Christensen (Pink Matter keys) & Sam Stosuur (Producer and Brisbane bass guitar heavyweight) was originally intended for a one-off EP, however the response from the debut Middle Name Dance Tracks Vol 1 and, the first live performance plus the bond between the three members has eventuated in the Middle Name Dance Band project continuing forward.

The Weekend Love Chant tour will include past and forthcoming material from the Middle Name Dance Band project as well as performances of favourite Sampology tracks from his previously released EPs ‘Natural Selections’ & ‘Mt Glorious’. 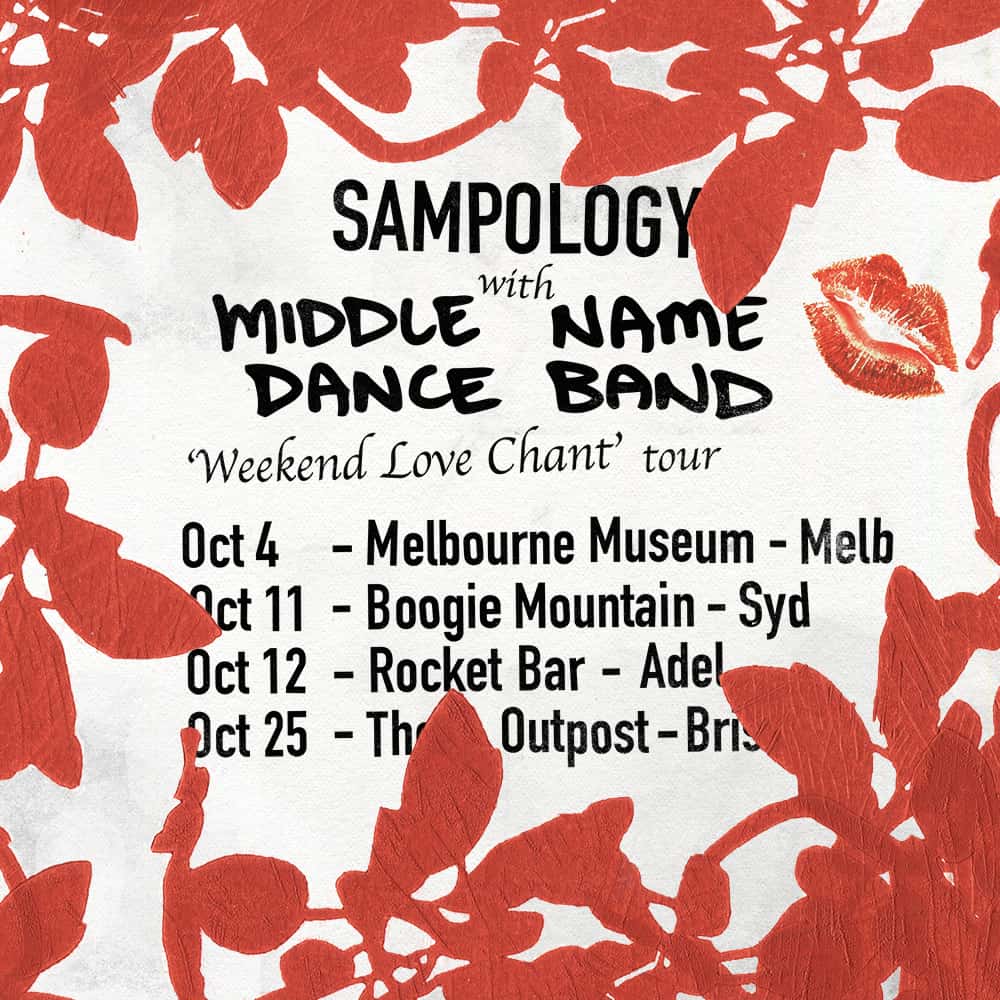