All by the age of 21 Rock Heiress Samsaruh has already graced the stages of some of Australia’s most prestigious festivals as well as touring nationally with the likes of Peking Duk, Dean Lewis and Birds of Tokyo. She’s become a mainstay on Triple J, having taken out the ‘most played’ accolade on the station in early 2019.

Samsaruh’s follow up single ‘Beautiful Killer’ took it up a notch; widely loved by radio and listeners the track earnt the #1 played spot on Triple J and saw Samsaruh named the #1 Unsigned Artist across the station.

2019 saw Samsaruh shift up a gear and start setting up her presence internationally spending half of the first six months of the year overseas writing/producing her new records as well as inking a worldwide deal with US publishing company, Primary Wave. Her catalogue now stands amongst legends such as Def Leppard, Bob Marley, Alice cooper, Whitney Houston as well as the modern day contemporaries such as Cee Lo Green, LP, M – Phazes and Louis Schoorl.

To celebrate her debut EP in August of 2019 she toured nationally with Birds Of Tokyo for their sold out “Good Lord’ tour and wrapped the year up with a capacity crowd at Falls Byron Bay Jack Daniel’s performance.

Samsaruh set the tone for the new decade earlier this year with her new single “I Am A Woman”-bold, brash and unapologetic. In support of her new single, Samsaruh set out to tour nationally with Melbourne rocker’s, Kingswood, in March/April, being one of the last musicians playing before the worldwide pandemic hit.

Expect the unexpected from Samsaruh this November as she releases new track ‘Radio Silence’ an outlandish take on Opera Rock born over emails in the midst of lockdown. ‘Radio Silence’ was co-written and co-produced with Timothy Coghill whom Samsaruh previously wrote leading singles ‘Golden To Thrive’, ‘Beautiful Killer’ and ’Speaking Fire’ with. Mixed by David Bottrill (worked with the likes of Muse, Silverchair, Smashing pumpkins and many more). 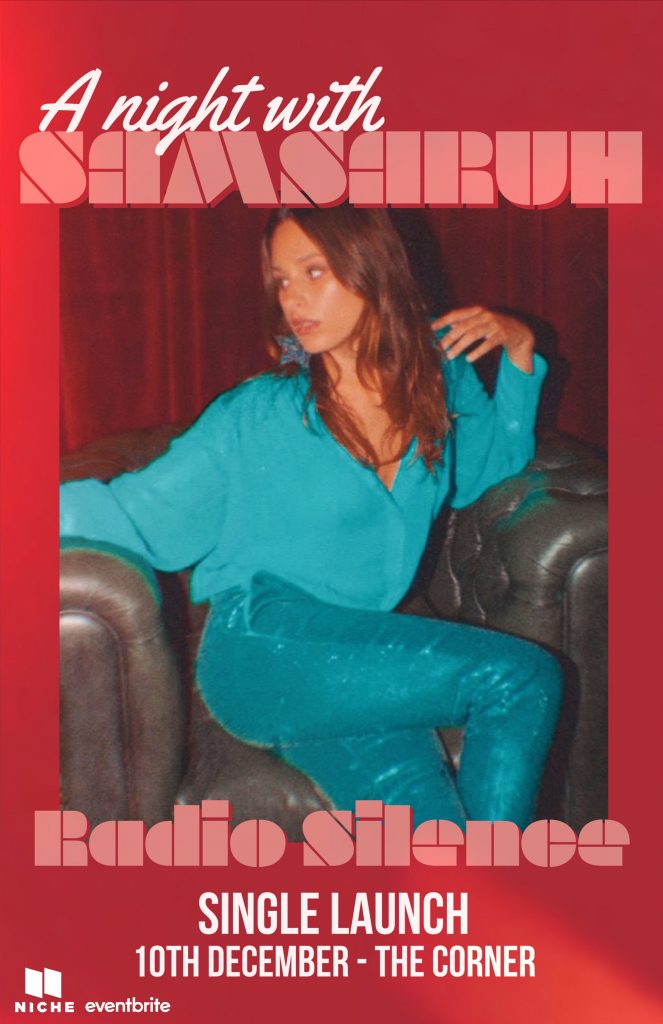