Perth emcee Shadow is one of WA’s most-recognisable names in rap music. Signed to Hilltop Hoods’ Golden Era records in 2018, he quickly gained national attention with his hard-hitting brand of grimey hip-hop.
With a sold-out arena tour opening for Hilltop Hoods under his belt, Shadow has been musically prolific – releasing his debut EP plus a slew of singles, garnering millions of streams & plenty of new fans along the way.
Presented by Niche Productions, Jack Rabbit Slim’s & Vinco 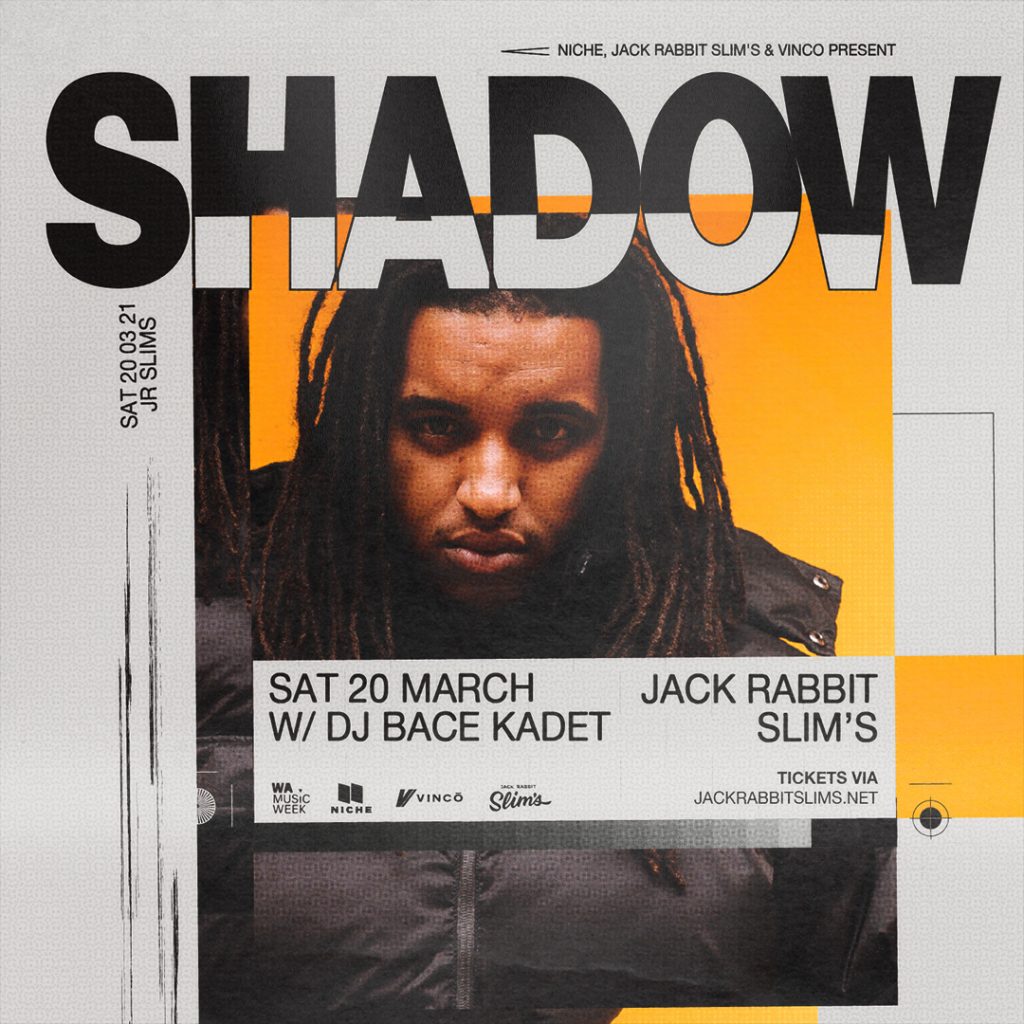