Award winning New Zealand based powerhouse group, SIX60 have today announced Australian tour dates throughout November 2021. It follows their record-breaking concert last Saturday night where they became the first musical act to perform at the National Stadium of New Zealand, Eden Park, delivering the certified biggest show to date in the world, with more than 50,000 people in attendance.

The multi-platinum selling SIX60 remain one of the biggest New Zealand groups ever, and quietly stand out as a global phenomenon. Their 2020 NZ concert tour sold more than 130,000 tickets and their recent tour, SIX60 Saturdays, sold in excess of XX tickets. Their 2019 self-titled album reached #8 on the ARIA Albums Chart and has amassed over 26 million streams to date. Their 2015 album made history in New Zealand, breaking the record for most weeks on New Zealand’s Top 40 Albums Chart, beating Pink Floyd’s Dark Side Of The Moon with 298 consecutive weeks.

TICKETS ON SALE TUESDAY MAY 4 AT 12NOON (LOCAL TIME) 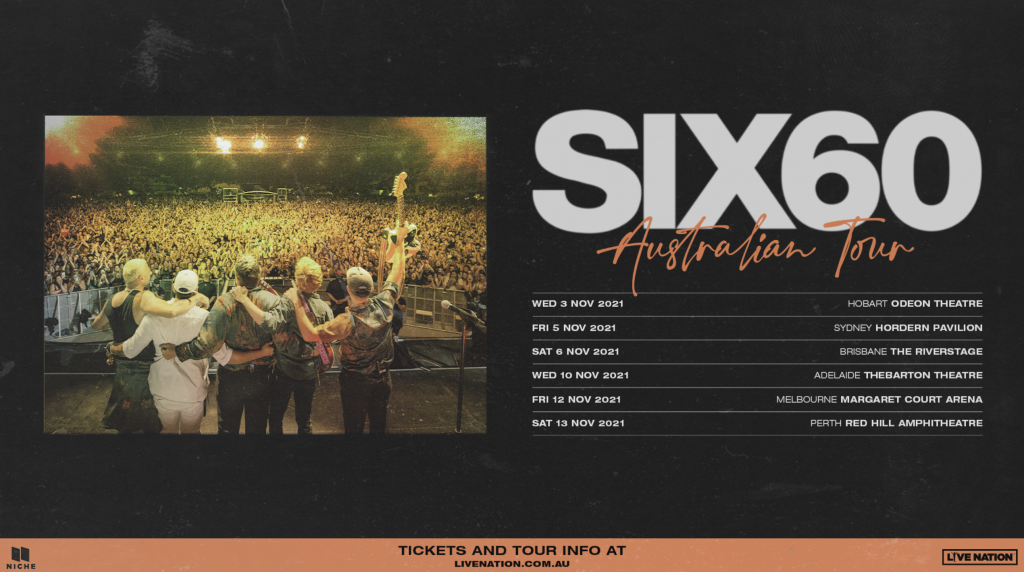