Liberation Records are elated to confirm a national tour for Melbourne’s much loved Slum Sociable in support of their forthcoming new EP L.I.F. due for release on Friday 2 August. The 11-date tour will see the band making it to all Australian states and a host of regional shows across August and September.

Fresh from huge summer performances including St Kilda Festival, Australian Open Sessions and their memorable Melbourne X-Mas show, the band are locked and loaded to perform their most exciting shows yet in support of the EP.

Lead single and summer radio hit ‘Afterthought’, alongside fan favourite ‘Déjà Vu’ and ‘Life Is Free’s’ hypnotic groove and festival ready chorus will all make for live highlights at their forthcoming shows.

The second half of 2019 is vastly improved with tickets to Slum Sociable’s national headline tour going on sale at 9am Wednesday 3rd of July and the L.I.F. EP dropping on Friday 2 August.
Secure your tickets ASAP. 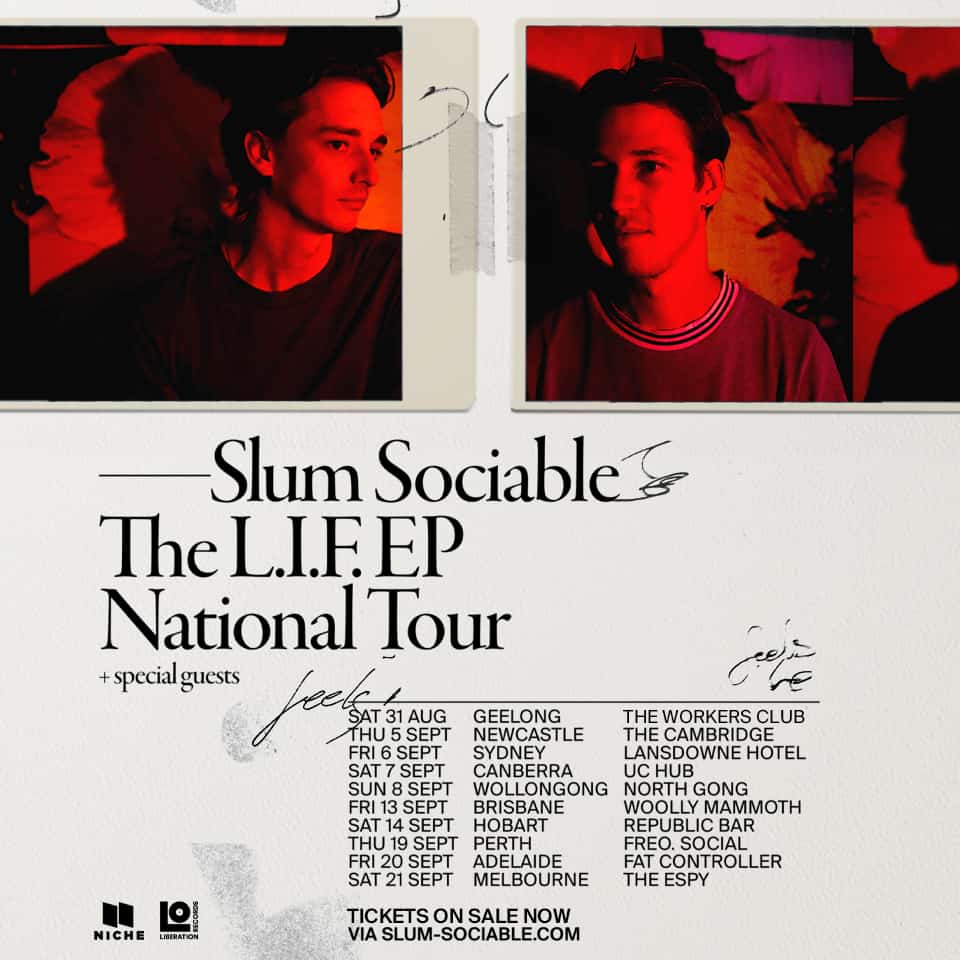