From his critically acclaimed 2017 EP The Grapefruit Skies (featuring three gold singles), the world quickly learned the name Te Karehana Gardiner-Toi, known widely as TEEKS. Those bright opening bars of ‘If Only’ to the gut-wrenching lines of ‘Never Be Apart’ have found a permanent place in the consciousness of New Zealanders, conveying a sense of “home” wherever they are in the world.

By 2019, TEEKS had captivated the industry’s imagination as his towering potential came into focus. With a songbook about love and loss, Gardiner-Toi (Ngāpuhi, Ngāi Te Rangi, Ngāti Ranginui) was nominated for the 2017 Taite Music Prize, a Silver Scroll songwriting award, and awarded Best Māori Artist award at the New Zealand Music Awards.

What really sealed the deal was his concerts, where an ostensible initial shyness quickly gave way to a rare level of vulnerability. Speaking of TEEKS’ momentous, sold-out headliner show at Auckland’s Town Hall with the Auckland Philharmonia Orchestra, The New Zealand Listener said his performance had the “emotional punch as, say, Adele’s version of ‘Someone Like You’ at the Brits in 2011.”

2021 has been his biggest year yet, seeing the celebrated Māori artist release his #1 gold-selling debut album Something To Feel in March, featuring gold single Remember Me. This was followed by a 6-date sold-out nationwide tour, seeing TEEKS perform soul-bearing performances at iconic venues including Auckland’s Civic Theatre. Speaking to the audience, he said “I’m just a Māori boy from the Far North with big dreams, thanks for making my dream come true” which was met with an emotional applause. Ending 2021 on a high note, he picked up 3 Aotearoa Music Awards for Best Solo Artist, Best Māori Artist, Best Soul/R&B Artist.

From performing in intimate venues to historical town halls, TEEKS is one live act you won’t want to miss.

TEEKS has seen a global fanbase establish around him, with a rapidly growing base in South Africa (where single First Time is certified Gold) and its neighboring countries, as well as Australia and the United Kingdom.

“Teeks has an uncanny knack for singing with a gravitas that makes you feel like you are in a stadium, but at the same time as if he is singing for you and you only.” – New Zealand Herald

“His ballads, like soothing balms for heartache, and his stage presence, endearing and utterly likeable, are universally appealing – and his motley crew crowd are a testament to that.” – Stuff

Something To Feel is nominated for five Aotearoa Music Awards including the prestigious Album of the Year. 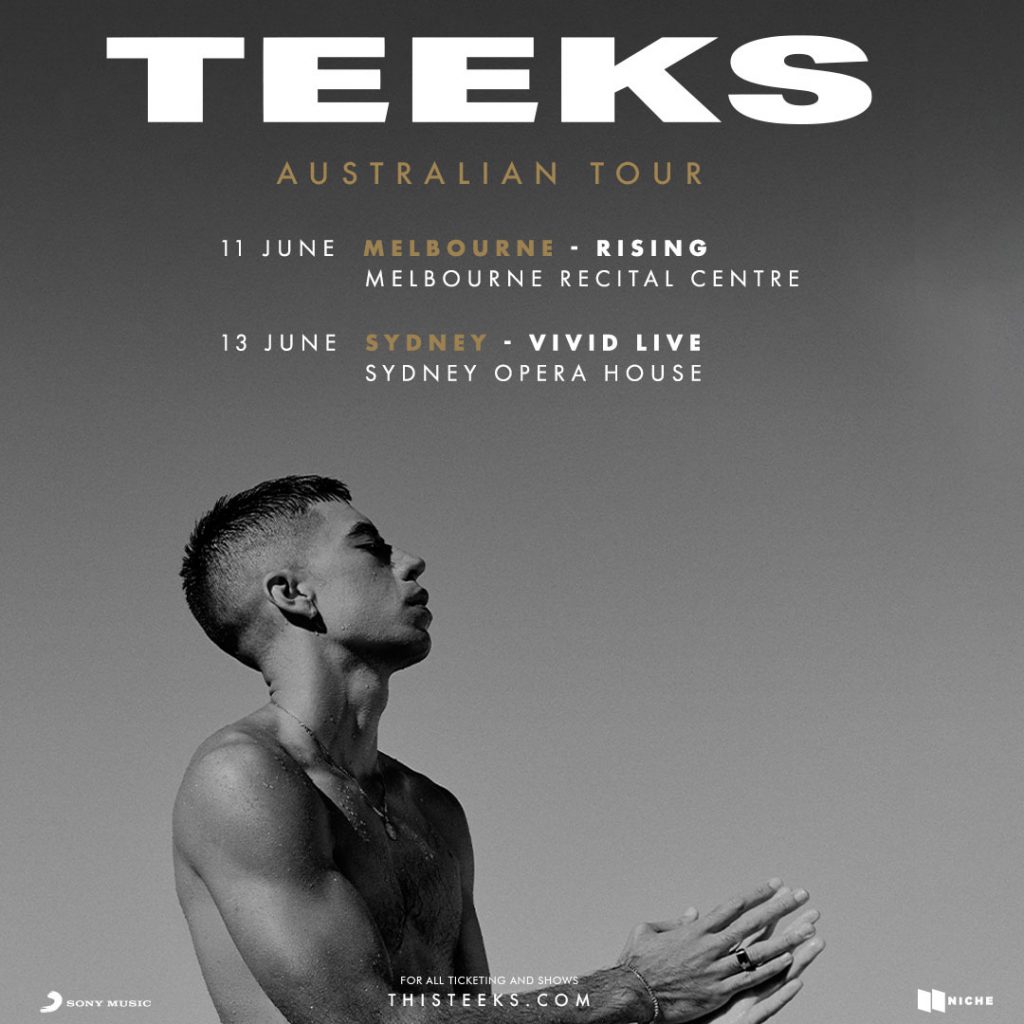