Fremantle-born artist Teischa today announces her extraordinary new single ‘be alone’, taken from a greater body of work due later in 2020. ‘be alone’ is a uniquely brilliant left turn, with its Foley inspired percussion, ghostly piano and stripped back acoustic guitar hosting one of Teischa’s most intimate vocals yet. The follow up to her lauded mixtape from earlier this year momentary , ‘ be alone’ simply speaks to the fear of being lonely, an obvious traditional theme that all of a
sudden feels remarkably of the times.

‘be alone’ began like many songs do; as a demo to listen and come back to. After a couple years, Teischa stumbled across the track and was floored by what she heard. “You know when you hear a song or read something that just perfectly explains where you’re at in life and it almost shocks you a little bit that someone else could be feeling the same shit you are? I kind of did that to myself with this song” she recalls, rediscovering the track. “I probably couldn’t have finished it back then because I needed to go through whatever life was going to throw at me”
Created with Styalz Fuego (multi award-winning producer whose credits include Khalid, Foster The People, EXO, Tinashe and more) at The Base Studios in Melbourne, ‘be alone’ almost didn’t exist. But following a period of personal growth, Teischa found wisdom in the words of her 20 year old self. “It’s crazy how some songs can have that kind of power over you and really contain such a life of their own”

Teischa recently found a refreshed ownership over her music, production and songwriting – which has resulted in both the release of her mixtape momentary and her new single ‘be alone’. Using her distinctive brand of smoky R&B infused future pop momentary is an evocative journey through a scrapbook of previously released songs, rough recordings from past travels and raw voice note demos, layered over additional production by some of Australia’s most prolific producer exports including Lucianblomkamp (6LACK), Konstanin Kersting (Tones & I), Sam
Sakr (Dua Lipa) and Carl Dimataga (Khalid).

After a reset, re-evaluation and refocus, the momentary mixtape marked a new era for Teischa and now, on ‘be alone’, Teischa feels authentically in touch with her direction and next steps. Her storytelling is honest, raw and relatable. Discover something you might have forgotten in ‘be alone’ 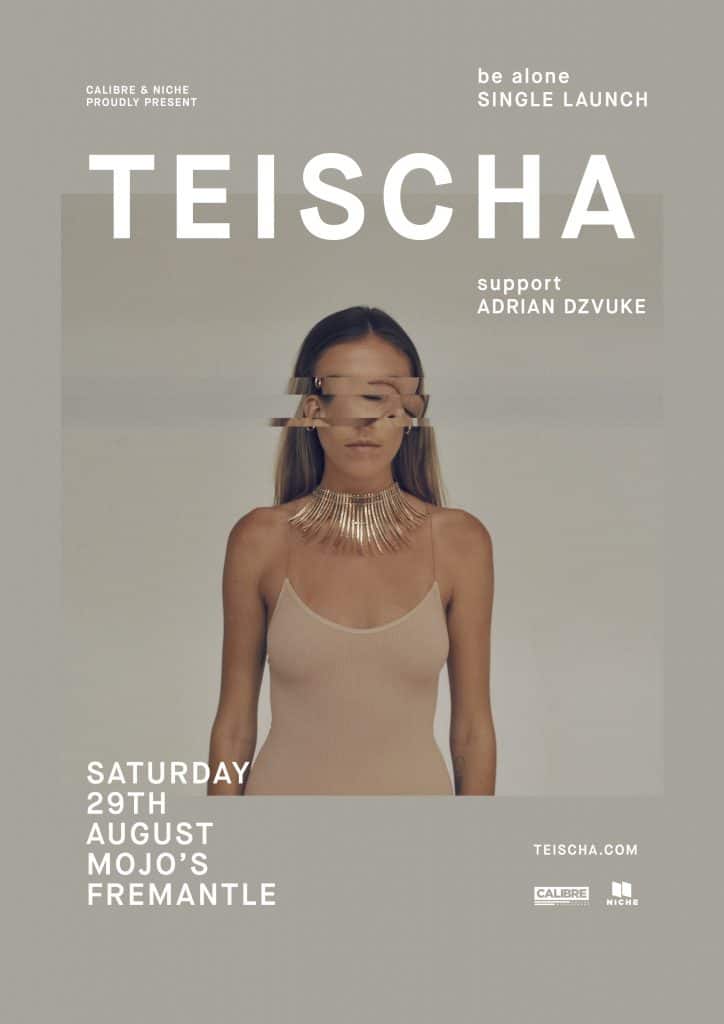