Bandleader Lance Ferguson and his nine-piece Melbourne outfit The Bamboos have come a long way since forming in 2001.
Initially inspired by the instrumental raw funk of the late ‘60s and early ‘70s, they made waves internationally and were quickly labelled as one of the greatest funk and soul bands of our time.
Across their five studio albums to date – ‘Step It Up’ (2006), ‘Rawville’ (2007), ‘Side-Stepper’ 2008), ‘4’ (2010) and ‘Medicine Man’ (2012) – the metamorphosis of The Bamboos has been full of twists and turns, and it continues apace.
Check out the band’s latest string version from the album ‘By Special Arrangement’
Their recent performance at Melbourne Recital Centre in August was the most original performances they’ve ever produced.

The band have come together again to perform in Melbourne at the Sooki Lounge.

Tickets are on sale now 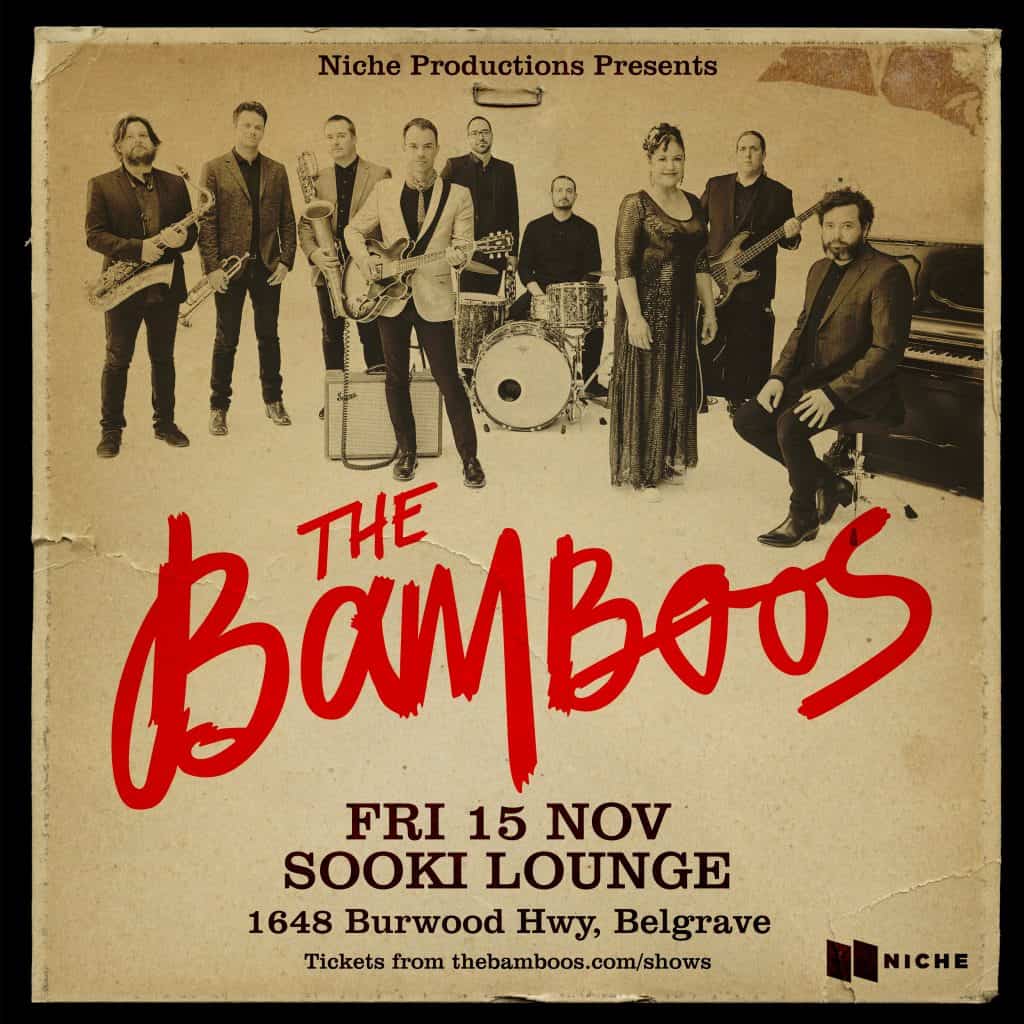