Sampology is a Producer, DJ, radio host for Worldwide FM and vinyl enthusiast since his teens, based in Meanjin/Brisbane, Australia.

By his mid-teens he had discovered vinyl and a love for sample heavy music – early Native Tongues, The Avalanches, disco and soul. Sampling dance music made a huge impression on Sampology – indeed, his performer name is a nod to this early influence of sampling.

Sampology’s start in Brisbane venues began at 17, evolving to interstate & eventually overseas travel to DJ & perform in Europe & UK, America & Asia. This has been a valued part of his growth, connecting him to different communities abroad from Australia.

Over the past six years, he has organically progressed to producer – of his own stunning EP releases Natural Selections (2016) and Mt Glorious (2018) as well as producing for other artists. (He produced Tiana Khasi’s Meghalaya EP and First Beige’s Mirrors EP) In September 2021, Sampology will release the Regrowth LP – an album that his last two EPs have built towards.

Catch him at The Night Cat playing a set that will have you busting out moves til the wee hours. 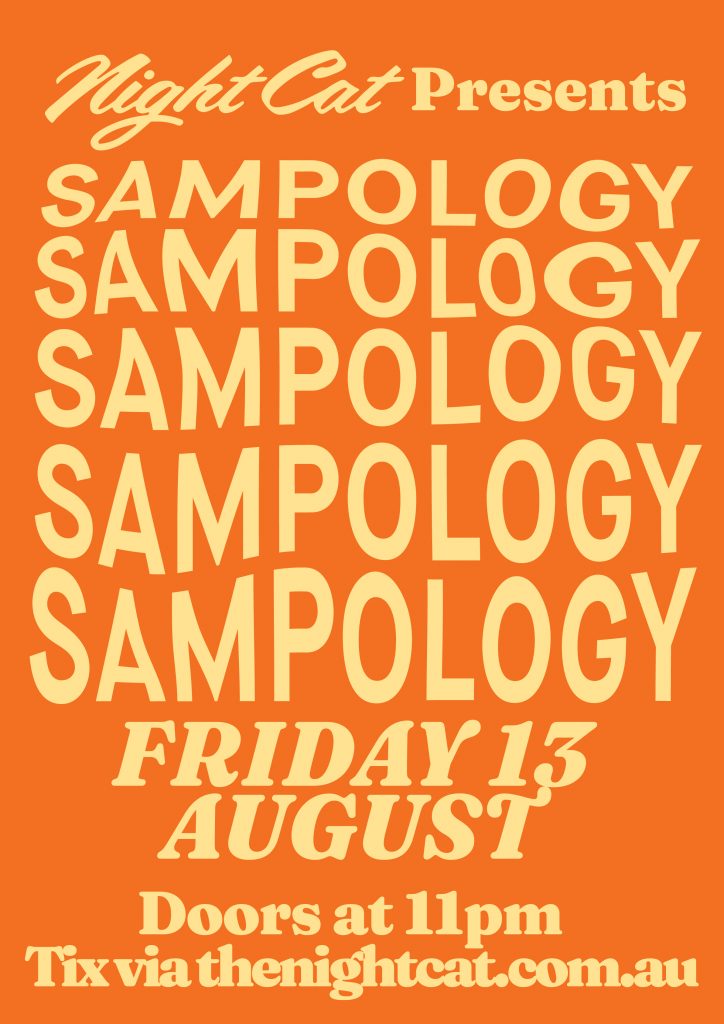