It could be intimidating walking the popstar path from New Zealand to the world but 23-year-old Thomas Stoneman AKA. Thomston has taken it in his stride.

From impressing blogs with an experimental EP he released for free in 2014, Thomston went onto hone in on his song writing and craft effortlessly written pop songs. Over the past few years, he’s walked and carved his own path, establishing himself as more than an internet favourite and furthering the Kiwis impeccable reputation for left-centred pop music.

Now, with over 85 million streams under his belt, no mean feat for an artist still in his very early 20’s. Thomston will release a double EP, ‘Enroute’ backed by a string of shows throughout Australia and New Zealand. A body of work that solidifies a sense of structure and cohesion to the transformative process he’s been working towards, over the course of his short but hugely celebrated career.

“I didn’t tour my last record because it was this deeply personal, sombre affair that was borderline miserable to play. so when writing these two new EPs I had the live show in mind. I mapped out these two distinct moods, Los Angeles and London, day and night, outward and inward, analogue and digital, all in the hopes of creating a show that can take you to a place that captures these two cities, and how they feel to me.” 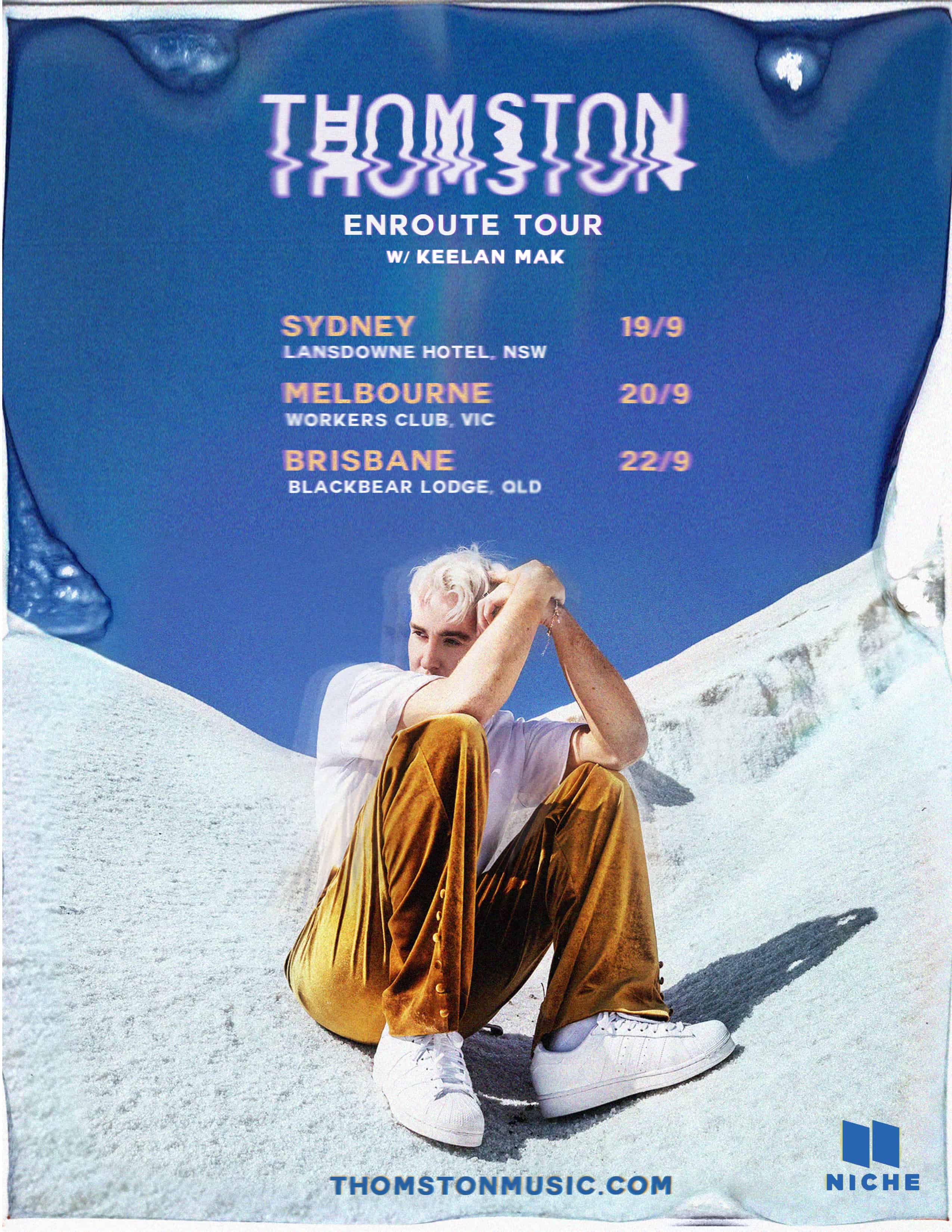