Thundamentals “Everyone We Know” AUS/NZ Tour 2017 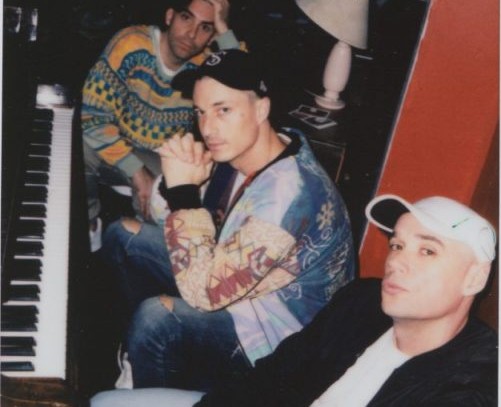 Niche, along with triple j and NFE, are proud to present Thundamentals and their ‘Everyone We Know Tour. Kicking off in New Zealand this May & continuing across Australia throughout June, don’t miss you chance to see why these guys have well and truly earned their mantle as one of Australia’s most exciting and dynamic live acts.

Their highest chart position to date, Thundamentals 4th and most accomplished long-player ‘Everyone We Know’ just debuted at number 2 on the ARIA charts.

In what feels like a coming of age, recorded at the studio of good friends Hermitude in Sydney’s Inner West, ‘Everyone We Know’ is the band’s first album to be released on their own label ‘High Depth’ and in the words of Rolling Stone: “pushes their sound even further from their last genre-defying effort… cement[ing] them as a creative force to be reckoned with.” (4 stars)

Reputation’s like the one Thundamentals’ carry must be earned. Ten years and 4 albums deep into a career that has seen them relentlessly carve up venues across Australia and Europe whilst gracing almost every major music festival in the country along the way – the Blue Mountains via Sydney Hip Hop outfit are now heralded as one of Australia’s most exciting and powerful live acts.

Off the back of album tracks “Never Say Never” and “Think About It Ft. Peta & The Wolves” resulting in more national airplay than the band have ever had before, it’s only fitting that the ‘Everyone We Know’ official Australia & New Zealand album launch tour is the biggest they’ve ever announced.

Boasting a musicality rooted in hip hop but at the same time transcending it to offer something for anyone who simply loves music, ‘Everyone We Know’ is an album inspired by real people and real stories. Thundamentals would love for you to be a part of that story, and they a part of yours. 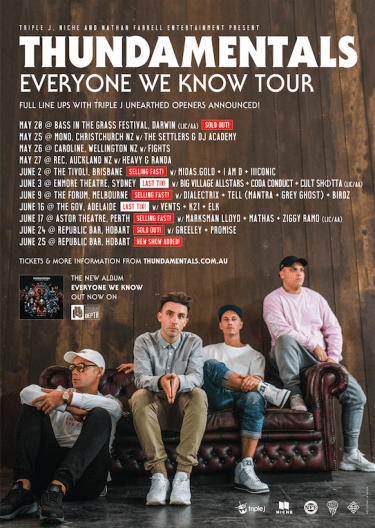