In early 2020 Byron Bay’s Tora relocated to Amsterdam, set to make the city their base; an anchor around which a full year of European and American touring was to revolve.

Soon after their arrival however, the threat of COVID-19 became a very real presence, forcing Tora to cancel their entire tour schedule, but also retreat into a strict new locked-down lifestyle. Though the opportunity to perform was taken away, the band’s love for creating music remained and so, across the next eight months, Tora’s focus became set on their new record.

Today sees the announce of that record A Force Majeure, and the album’s first single and video ‘Why Won’t You Wait’ as well as the band’s long awaited return to Australia where they’ll be performing a strong of headline shows to celebrate.

‘Why Won’t You Wait’ is about the fear of being forgotten in a long distance relationship. As vocalist Jo Loewenthal sings almost hypnotically, woozy notes fill the arrangement; guitar, synths and well placed percussion add definition and edge to the track. The song was written, produced, mixed and mastered by the band.

The accompanying visually-rich video was filmed in the border forests of France and Belgium in September 2020, directed by Bob Sizoo, featuring Dutch model Gigi Ringel along with the band members of Tora and a centerpiece art installation conceptualised and designed by Rein Kooyman. 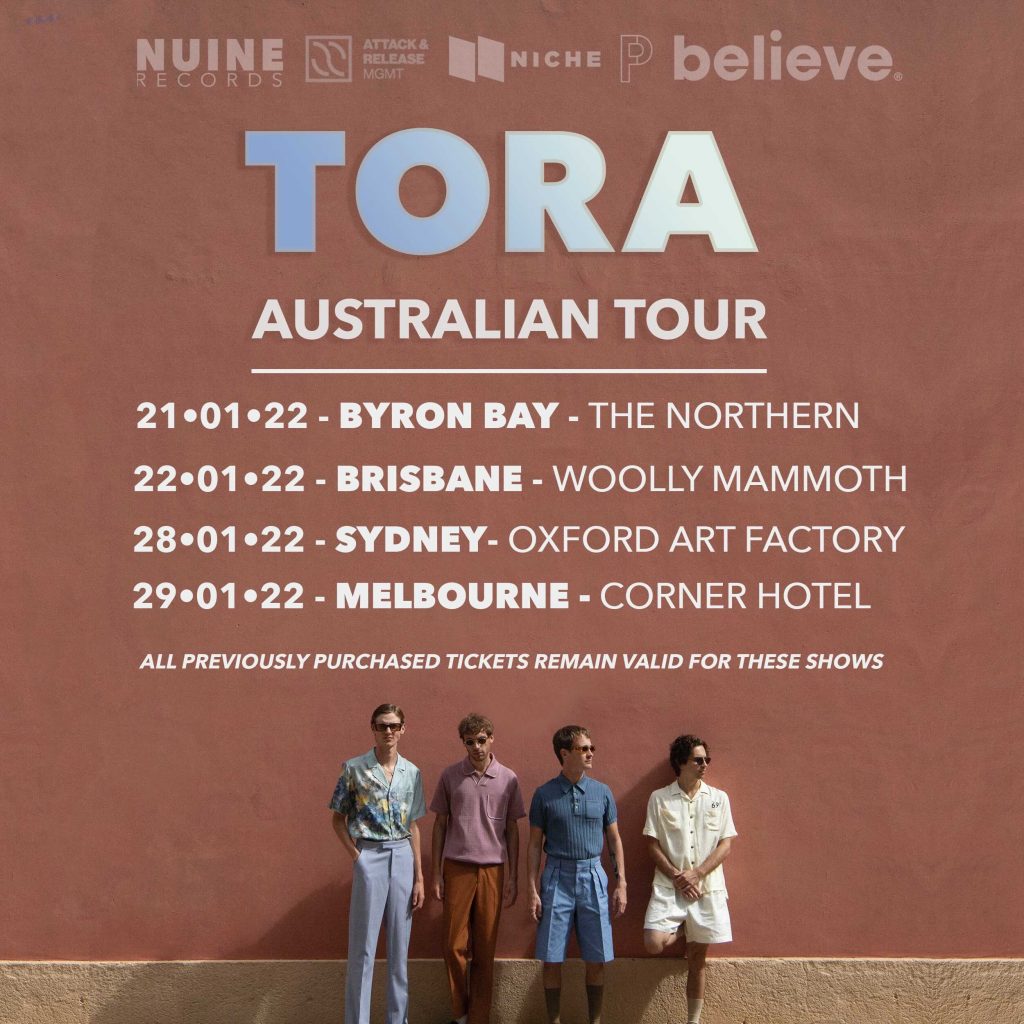