After two postponed tours due to Covid, Niche are extremely excited to welcome London/Amsterdam (Via Australia) duo Two Another to Australian shores for a series of special headline performances in Sydney, Brisbane and Melbourne. Third time’s a charm!

In January 2020 the band announced dates in each city, selling out shows in Sydney (Oxford Art Factory) and Melbourne (The Gaso) While the pandemic meant that these couldn’t go ahead, Two Another made the most of their time, releasing their second album, Two Sides, their latest single, Someday and announced their third album, Back To Us – all while selling out performances in London, Amsterdam and LA, alongside supporting Flight Facilities across North America.

Starting their journey together in Sydney, then expanding their horizons to Europe, Two Another’s Angus and Eliot are inspired by their parent’s love of Motown and growing up in the golden era of Indie, Ed Banger and later discovering their love for 90s Electronica, Dance and Hip Hop. Now that both Angus and Eliot live in different European cities they balance their time between collaborative writing trips and virtual recording sessions – a setup that has fast become the norm of the last two years.

With the announcement of Two Another’s third album, Back To Us, and with Australia’s borders reopening to international travel Niche are proud to announce the bands long awaited debut Australian performance dates. You can see Two Another in Sydney and Melbourne in April! 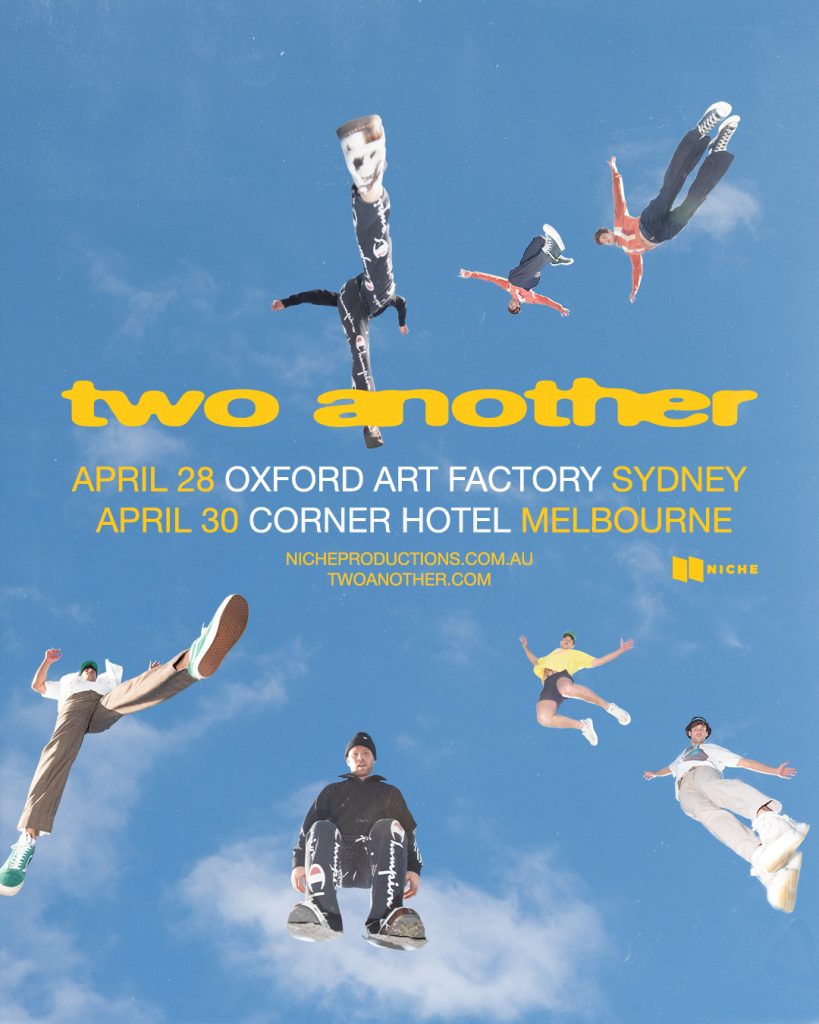