It is with great pride that Ivy League announces the signing of talented Melbourne artist WILSN, who joins the likes of The Teskey Brothers, The Rubens, Rolling Blackouts CF, Hatchie, A. Swayze & the Ghosts and Mia Wray on the label’s roster. To celebrate this brilliant union, WILSN has today released her debut single with the label, the electrifying ‘You Know Better’.

Possessing the kind of voice that stops you in your tracks, WILSN makes classic soul music with a contemporary approach and a healthy dose of raw power. Alongside her undeniable show-stopping vocals, WILSN’s timeless songwriting prowess is on display with ‘You Know Better’ – a musical diary entry about catching your cheating lover red handed.

Powered by a battery of horns, a driving rhythm section, and showcasing her cathartic vocal crescendos, ‘You Know Better’ puts the listener right there in the room with WILSN and her band. It’s a song that wouldn’t be out of place on Mark Ronson’s Version record – it’s music to get your head nodding, body moving and blood rushing!

Hailing from Geelong, WILSN moved to Melbourne out of high school after being accepted to study Jazz at Melbourne’s prestigious Victorian Collage of the Arts, spending her life looking up to classic soul and jazz singers like Billie Holiday, Etta James, Ella Fitzgerald and Aretha Franklin.

She would pen songs that celebrated the rich history of soul, while injecting her own personality and attitude into each track. She quickly banked up a collection of songs she wasn’t sure there was space for in a musical landscape mostly made up of big pop hits and electronic beats at that time.

After a few shows around Melbourne, it wasn’t long before she was noticed and picked up by international publishing juggernaut Pulse Music Group (Kehlani, Yebba) / Native Tongue (Courtney Barnett, Aldous Harding) and relocated to Nashville. After spending two years in writing rooms with Grammy Award winning writers honing her craft, WILSN was asked to join The Teskey Brothers on their 2019 UK/Europe tour – playing to sold out crowds across the continent.

It was on this tour that WILSN reconnected with her love of soul – the music she always knew she wanted to make – and realised there was a huge audience for the music she had been making before her trip to Nashville. Moving back home to Melbourne, she picked up where she’d left off and during the lockdown of 2020 she began recording anew with producer Stephen Charles (Blessed, Bliss N Eso).

‘You Know Better’ is just the first taste of what is to come from one of the country’s most exciting new talents. WILSN has finally arrived and you best be ready. 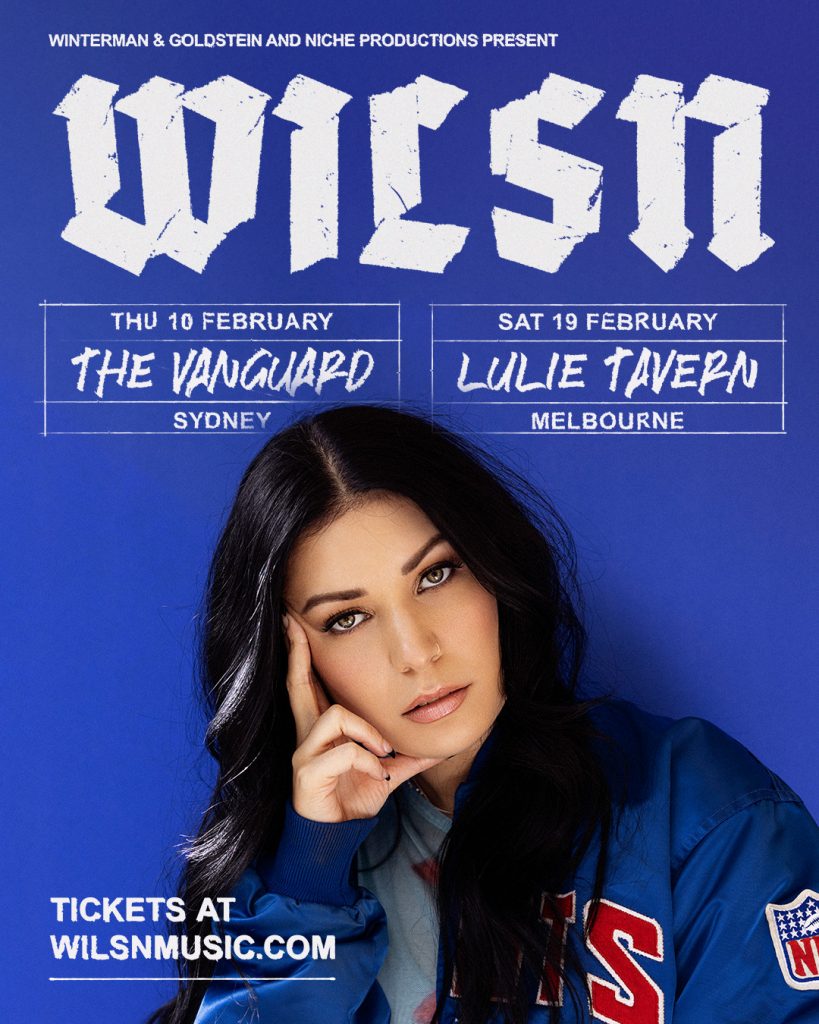