“Though Wolf & Cub’s tunes retain some of their magic once recorded, you can’t replace the energy and sheer forcefulness they generate in a live setting.” The Music

Wolf & Cub are excited to finally announce an Australian tour to celebrate the release of their acclaimed fourth album NIL. The band have not undertaken a national tour since 2014, these upcoming dates marking the first official shows in support of NIL since its release in November. In addition to gigs in Melbourne, Sydney and Wollongong the band will be performing a very special immersive art show at newly launched art space The Lab in their home-town of Adelaide – tickets are available now here

Wolf & Cub guitarist/front man Joel Byrne says of the upcoming shows, “Releasing our fourth album last November in the middle of a global pandemic meant that for obvious reasons we weren’t able to play any launch shows, which for us was like having our beautiful angel wings clipped. ‘NIL’ was recorded so we could play it live so not being able to tour it as kind of made the release feel a little… incomplete. As you can imagine we’re beyond excited to finally be bringing it to life on stage” 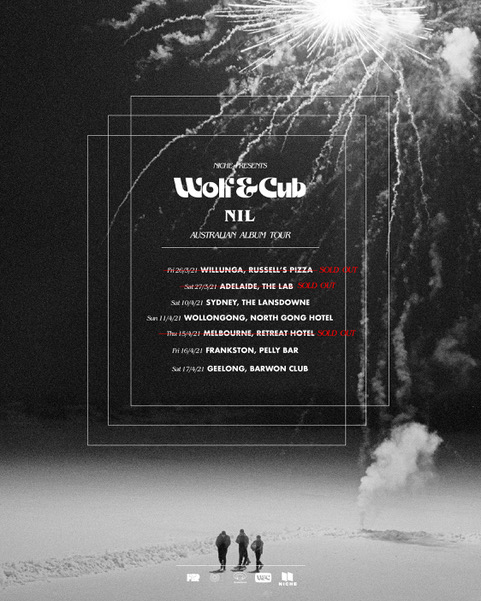