Fat Freddy’s Drop is internationally regarded as one of the world’s finest live draws. The seven piece band has navigated its way from the incubator of sunshine reggae through a colour-saturated field of soul psychedelia before swerving onto a desolate Detroit superhighway at night. It is a sound that demands to be heard live, a potent mixture of jazz virtuosity and diaphragm-wrecking digital sonics.

These influences have not only been formed by the band’s individual predilections, but also experiences on the road: Fat Freddy’s appearance at Detroit’s Movement festival in 2006 was a watershed moment for the band, fuelled by hearing May’s, Atkin’s and Craig’s stark futurism ricochet off the cold concrete of America’s broken dream. This stoked producer DJ Mu’s love of analog techno, balancing and fusing vocalist Dallas Tamaira’s adoration of soul and reggae with the band’s collective passion for Jazz, Rhythm & Blues, Rock, Disco, House, Post Punk and Balearic oddities.

In 2021 Freddys recorded and released WAIRUNGA, a bush-alchemy album and concert film like no other as the Freddy juggernaut dug deep to debut five songs and revisit two classics. The moment was captured in an outdoor performance sans audience with wild weather elements playing an important creative role.

The impact of Covid-19 has seen the band step off the international tour circuit, for now. The extra time since has allowed time to work on new music. WAIRUNGA is the second concert film project following LOCK-IN album and concert film that dropped in 2020. That was the year Freddys made a hurried return home from Berlin in March 2020 just as a three month European tour was underway. After a period of lock down in Aotearoa New Zealand and the return of the band’s gear from Europe, Freddy’s recorded a unique jam session at the iconic Michael Fowlers Centre in Wellington sans audience in June 2020. Singing songs of freedom and hope, the eight track recording was given a monster mix by DJ MU at Freddys BAYS studio and the sonic ‘LOCK-IN’ album singing songs of freedom and hope was released alongside a concert film capturing the music and production.

Until the release of BAYS studio album in 2015, Freddys albums were formed almost entirely on the road; the songs slowly evolving live at festivals such as WOMAD UK, SONAR, Bestival, Lowlands, DEMF, Pukkelpop, Glastonbury, The Big Chill and Roskilde. If a song made it on to the record it was because it had been road-tested beyond all endurance but studio jams are now just as important for the bands recordings.

Not many bands have been so strategic in their approach to their longterm career. Creating a blueprint with a global perspective, the band have consolidated a massive fanbase across Europe and UK with high profile performances accompanied by slow burn albums that reveal more and more with every listen, priming the fan for the next live experience. It’s about the long game, a path that has come about by careful stylistic evolution, ever increasing production values and a heavyweight live reputation.

Fat Freddy’s Drop may have been around since the early Noughties, but they are truly the most modern of institutions. Independently controlled underground music that has sold in excess of three quarters of a million albums. Yet they are that rare thing: artists that don’t live or die on their last record’s sales. They are a clarion call of hope for the talented few looking for another way. Fat Freddy’s Drop show that it can indeed, be done. 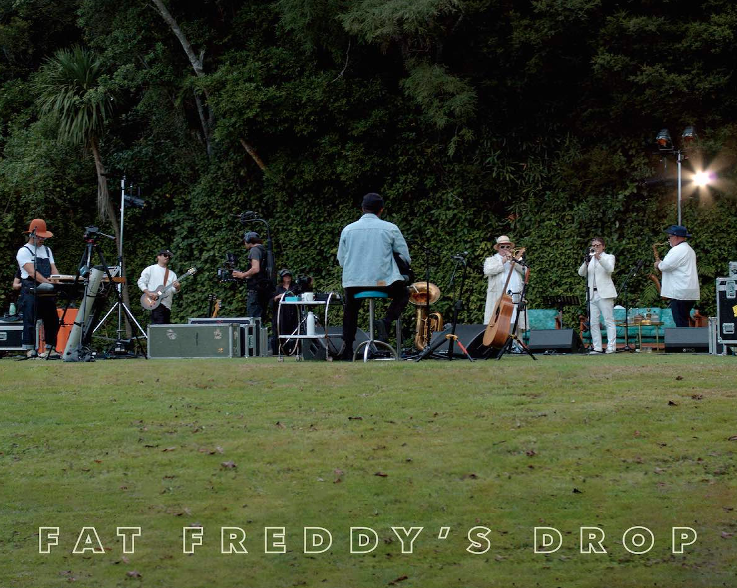